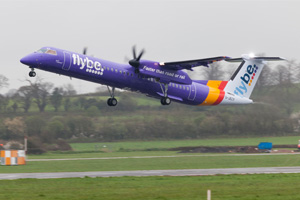 A new domestic route from Liverpool to Edinburgh is being started by Flybe in the autumn.

The daily service from October will be the regional carrier’s fourth route from Liverpool, complementing other services to the Isle of Man, Belfast City and Amsterdam which starts on September 7.

Edinburgh will be the first air service between Liverpool airport and Scotland in almost 10 years. Fares start at £27.99 one-way.

Liverpool John Lennon airport chief executive, Andrew Cornish, said: “This time last year Flybe only operated to the Isle of Man from Liverpool, but over the past 12 months we have worked closely with the airline to explore a number of opportunities and we are naturally delighted that their operations from here are going from strength to strength.

“Edinburgh is an important new domestic route for Liverpool as we continue to give passengers across the city region a wider choice of destinations from their local airport.”

Flybe chief commercial officer, Paul Simmons, added: “We’re committed to bolstering regional connectivity across the UK and into Europe and our two new Liverpool routes are a clear indication of this commitment.”