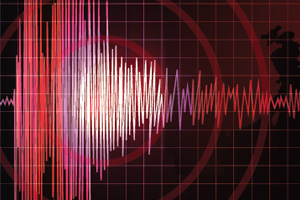 A travel alert was issued early this morning after an 8.3 magnitude earthquake struck off the coast of central Chile.

The Chilean government has ordered an evacuation of one million residents from the coastal region from Arica to Los Lagos regions amid fears of tsunami waves.

The quake struck in the Coquimbo region of central Chile, approximately 150 miles north of Valparaiso, producing waves of up to 15ft along the coast.

Five people are reported to have been killed as the tremor struck at just before 8pm local time causing a series of strong aftershocks.

Tsunami alerts were also issued for Peru, Hawaii, parts of California and as far away as New Zealand, according to the BBC.

“Communications may be affected in seven of Chile’s central regions from Atacama to Araucanía. Power outages may also occur,” the Foreign and Commonwealth Office said in an updated travel advisory.

“British nationals on Chile’s coast should follow local advice, including from the National Emergency Agency ONEMI or @onemichile.

“If you are a British national travelling or living in the area and need consular assistance please contact the British Embassy main number +56-2-23704100.”

About 80,000 Britons travel to Chile every day, with the South American country a popular cruise destination.