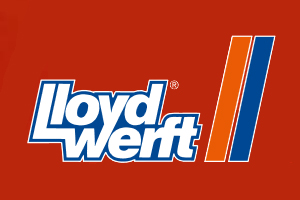 Global cruise and resort company Genting Hong Kong is to pay €17.5 million for 70% of a new shipbuilding business and a 50% ownership of the shipyard’s land.

The company will complete the acquisition of Lloyd Werft subject to the fulfilment of certain final purchase conditions.

The move follows plans for massive expansion of Crystal Cruises with the introduction of Crystal Yacht Cruises in December, Crystal River Cruises and Crystal Luxury Air in 2017 and new cruise ships from late 2018.

Genting Hong Kong chairman and chief executive, Tan Sri Lim Kok Thay, said: “Lloyd Werft has built and lengthened six of the ships owned by an affiliate of the company and has the expertise to build a series of world class cruise ships for the company, which will include the ‘Exclusive Class’ vessels for Crystal Cruises.

“Ownership in Lloyd Werft will enable Genting Hong Kong to leverage on the shipyard’s technical expertise and their well-established and long track record in the shipbuilding industry.”

Crystal president and chief executive, Edie Rodriguez, said: “With such great anticipation for Crystal River Cruises and Crystal Exclusive Class ocean vessels, we are incredibly excited about Genting’s groundbreaking investment in the Lloyd Werft shipyard that will contribute mightily to Crystal Cruises’ expansion.”