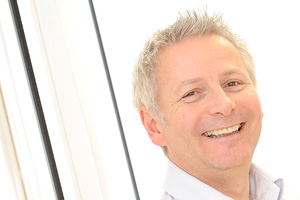 Cruise line bosses believe the combination of new ships and having recognisable brands onboard has driven consumer awareness of the sector.

Speaking at the Abta Travel Convention in Greece, industry experts said cruising was now seen as a cool form of holiday.

The introduction of new destinations such as Cuba and ports in Asia is also helping drive a trend towards excursions aimed at “sight-doers” rather than sight-seers, according to the panel.

Clia UK & Ireland director Andy Harmer, speaking at a specialist session on the new generation of cruise, outlined four key trends expected to drive a “compete revolution” of the industry.

He identified these as changing consumer demands, new ship building technology, growing numbers of past passengers and more new to cruise travellers.

Changing demographics will see more older but active passengers seeking authentic experiences, increasing levels of multi-generational travel and higher levels of families getting on board.

First time cruisers will be attracted by bigger new ships which are enabling lines to develop identifiable personalities for their vessels with innovative on board experiences and tie-ins with brands as diverse as Starbucks, Nobu and Lego.

Unlike the past, “we are now talking the mainstream language that people understand,” Harmer said.

MSC Cruises executive director, Giles Hawke, told convention delegates: “The type of people who want to go on cruises is changing – it’s become cool. Aspirational brands on board are making a big difference to people.”

Lines were now looking other forms of leisure travel, taking the best ideas and improving on them on their ships, he added.

While the panel representing four different cruise lines welcomed the prospect of Virgin entering the sector with its first ship out of Miami from 2020, Hawke added: “I don’t think we are waiting for Virgin to come along to make cruising cool. Virgin has not changed the face of flying and will not change the face of cruising any more.”

He cited new ship MSC Seaside, due to enter service in December 2017, as an example of the way companies were seeking to differentiate between each other. The vessel will look vastly different from conventional cruise ships with a broadwalk closer to the ocean and up to four times wider than regular promenade decks with lifts going directly up to swimming pools as part of the top deck recreational space.

P&O Cruises sales and marketing senior Vice President, Paul Ludlow, added that innovation was not confined only to big ships, some of which are not capable of getting into all ports of call.

The design of new ships meant improved passenger flows even when capacity increases. This was due to a trend towards more speciality restaurants rather than vast dining areas, while new technology is helping to create space saving opportunities below deck, according to Ludlow.

He suggested that the concept – starting with a single ship sailing from Florida to Cuba and the Dominican Republic from next year – would attract a lot of people from the UK.

Uniworld managing director, Kathryn Beadle, told agents that river cruising remained a “missed opportunity” for the trade as customers are continuing to book direct. She urged agents to consider affluent travellers who take long-haul or self-drive holidays as prime prospects for river cruising.

Holland America Line and Seabourn UK & Ireland managing director, Lynn Narraway, pointed out that the luxury cruise sector would be expanding by 64% in the next five years with the introduction of new ships across a range of lines.