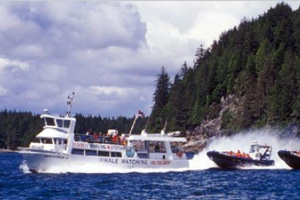 Five British tourists have been confirmed as being killed when a whale-watching boat sank off the coast of western Canada.

Foreign secretary Philip Hammond said: “It is with deep sadness that I can confirm five British nationals have lost their lives when the whale-watching boat they were on sank off Western Canada on Sunday.

“My thoughts are with the family and friends of all those affected by this terrible accident.”

The boat carrying 27 people sank off Tofino on Vancouver Island on Sunday.

Emergency officials said 21 people had been rescued and one other person was still missing.

The boat, Leviathan II, made a mayday call before sinking about 8 miles west of Tofino. Sea conditions at the time were reported to be calm.

Authorities say they do not know what caused the accident, which is still being investigated, the BBC reported.

Hammond said consular staff in British Columbia were supporting the family members of those who had died and were in close contact with the Canadian authorities.