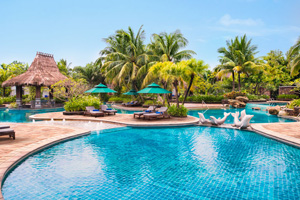 Speculation is mounting in the US that Hyatt Hotels is in talks to take over Starwood Hotels.

Business news network CNBC quoted sources as saying a deal could be as little as a week away.

Hyatt management would take control of the combined company if the cash and shares deal comes to fruition.

Talks between the two companies have reportedly been going on for weeks.

Shares in Starwood and Hyatt both opened trading sharply higher in the US yesterday.

Starwood shares rose on Tuesday amid reports that at least three Chinese firms were vying to buy the hotel giant.

However, none of the companies have made an offer for Starwood, and it remains unclear if they ever will, sources told CNBC.

Starwood, which operates brands like Westin, W Hotels and St Regis, said net income slipped in the latest quarter, although results still exceeded analyst forecasts, according to the Financial Times.

Profits fell from $109 million to $88 million. Starwood also said it had sealed the sale of its timeshare business for $1.5 billion.

The FT reported in July that InterContinental Hotel Group had held early stage talks with Starwood to create the world’s largest hotel group.

Starwood said in April it was bringing in investment bank Lazard to explore a “full range of strategic and financial alternatives”, sparking speculation about a possible sale.