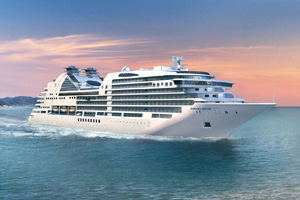 The 600-passenger vessel is due to be launched in December 2016 and enter service a month later.

A sister ship, Seabourn Ovation, will join the fleet in 2018.

The vessels are based on the line’s Odyssey-class ships, which were introduced between 2009 and 2011.

Seabourn Encore will maintain the line’s high ratio of space per passenger, enabling highly personalised service by close to one staff member for each guest on board.

The 40,350-ton ship will be configured with one additional deck and expanded public areas

The line said more details and images will be revealed on the site on an ongoing basis at http://encore.seabourn.com.?

Seabourn marketing and sales executive vice president, John Delaney, said: ?”Detail by detail, the creation of Seabourn Encore has been exciting to behold and share.

“The new exterior renderings now posted on the ship’s dedicated microsite put Seabourn’s newest addition in perspective, and represent another milestone in the evolution of small-ship cruising.”