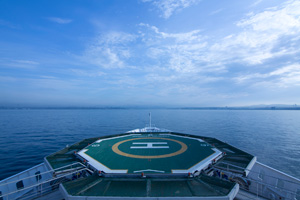 Celestyal Cruises is working with more agents in the UK than ever before.

The line, previously Louis Cruises before it rebranded to Celestyal last year, now sells half of its cruises through the trade. In years prior only 40% of bookings were through agents.

Frosso Zaroulea, of Celestyal, said: “The number of passengers from the UK hasn’t increased but we are selling through the agent community more and that’s important. Through working more with agents we believe we will grow our customer base next year.”

Currently north America is the line’s biggest source market, making up 30% of bookings, followed by Latin America (22%) and Greece and Turkey which accounted for 21% of bookings. The rest of Europe, including the UK market, makes up 19% of bookings.

The line has introduced a new itinerary with new ports of call in Nafplion and Chania, in Crete, and Mytilini in Athens. The sailing on Celestyal Nefeli, the newest ship in the fleet, will depart from Izmir on several dates in May next year.

Speaking at World Travel Market, Zaroulea also announced the line’s first ever European winter itinerary. The seven-day ‘Three Continents’ cruise calls in Turkey, Israel and Egypt. The inaugural sailing will be in November 2017 on Celestyal Olympia.

To attract more UK bookers, the Greek specialist is also offering all inclusive drink and shore excursion packages on all Greek and Turkey cruises in 2016.