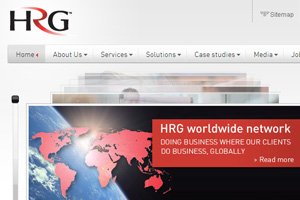 Hogg Robinson Group today reported a “positive” first half with pre-tax profits up by 26% to £11.6 million.

Revenue at the business travel company for the six months to September 30 was down by 4% to £115.9 million as profit grew from £9.2 million in the same period last year.

The company cited “cost reduction actions” for an improvement in operating profit margin from 10.8% to 12.3%.

Rail and hotel bookings rose 7% and 2% year-on-year respectively while the number of air bookings was largely unchanged.

“The UK market continued to grow and we saw some signs of pick-up elsewhere in Europe,” HRG said.

“The group’s operations in France, Germany, Italy, Switzerland and the UK all delivered earnings growth year-on-year and benefited from actions taken to right size our businesses.

“However, we have seen some modest slowdown of growth in North America with total revenue flat year-on-year, although the region also experienced strong profit growth driven by a good performance in travel management.

“Overall, client travel booking activity was up 2% during the first half and client travel spend was 2% lower at constant currency.

“Across our travel management operations, in real terms, revenue fell by just over 1%.

“Strong competitor pricing continued and, as expected, we also saw further growth in client adoption of online self-booking of travel – 49% compared to 46% in the same period last year – although the rate of growth slowed.

“These factors resulted in further downward pressure on the group’s revenue.”

Chief executive, David Radcliffe, said: “This is a positive first-half performance, which reflects the ongoing work we are undertaking to reshape and realign the business to current and future market conditions.

“In particular, we are encouraged by our profit growth and the continued reduction of net debt.”

HRG’s proprietary technology is continuing to win business for the company, he added.

“We look to further accelerate its growth and invest in new technology across the group,” said Radcliffe.

“We will continue to develop the business and expect to deliver a full-year performance broadly in line with expectations.”