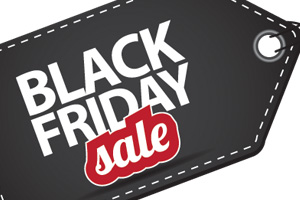 A four-day Black Friday offer is being introduced tomorrow by Princess Cruises.

Celebrity Cruises is also running a week-long Black Friday promotion with discounts of up to £400 and other cruise lines are also likely to join in.

Price cuts on 29 departures across five ships next year to the Mediterranean, Scandinavia and Russia are included in the Princess Cruises sale. ??

Further reductions are being made available for bookings with a third or fourth person in the same cabin.??

The deals mean that seven-night sailings from Southampton lead-in at £499 per person on newly revamped Emerald Princess.

Princess claims to be the first cruise line to introduce a Black Friday sale last year.?

UK and Europe vice president, Tony Roberts, said: “This short sale gives fantastic prices on sailings across Europe. With added savings for extra guests sharing a stateroom, now is the time to take advantage of this limited-time offer and book your 2016 cruise.”

The Celebrity Cruises offers cover selected 2016 European cruises across five ships, including Scandinavia and Russia cruises in June and July 2016 on Celebrity Eclipse.

The seven-day savings are on top of an existing offer, which includes free flights or car parking for cruises departing from the UK.

The Black Friday lead in for a 14-night Scandinavia and Russia cruise from Southampton in June is £1,599 per person in a balcony cabin.