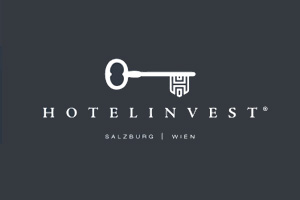 A portfolio acquired from AXA Investment Managers – Real Assets comprises 19 hotels in France (1,512 rooms) that have been operated under variable leases by AccorHotels since 2008, under the Ibis budget, Ibis, Novotel and Mercure brands.

Another is a portfolio purchased from Invesco for €152 million which comprises six hotels (1,347 rooms). Located in Germany, Italy, the Netherlands and Austria, the hotels were operated under fixed and variable leases under the Novotel and Mercure brands.

The final portfolio has been purchased from Deutsche AWM for €76 million, and comprises four Novotel hotels (818 rooms) located in Madrid, Barcelona and Seville, which were operated under fixed leases prior to the acquisition.

The AXA and Invesco deals are scheduled to be finalised during the first half of 2016, while the transaction with Deutsche AWM was finalised on November 27, 2015.

“The transformation of HotelInvest is continuing at a fast pace, with close to €1 billion worth of real-estate transactions secured in 2015.

“We are on track with our roadmap and with the completion of our three-year plan to significantly increase Group’s performance.”