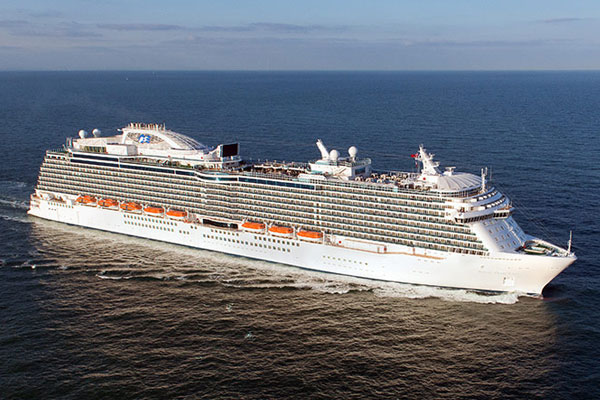 Princess Cruises will take a prime-time slot on ITV when a new six-part documentary, filmed onboard one of the line’s ships, airs next year.

The show, The Cruise, was filmed across 45 days onboard new vessel Regal Princess. Staff and guests will stay in the show which airs in March.

Tony Roberts, vice president of the line, said the show would reflect the line’s “premium offering”.

Last year the line received mixed feedback when Royal Princess appeared in a similar fly-on-the-wall-type show on ITV; however Roberts insisted this would be different, particularly because a new production company had been used to create the programme.

He said it was a completely new series, not a follow-up on the previous series.

Announcing the news at the line’s 50th anniversary party in London, Roberts said: “This puts the spotlight on cruising and on Princess Cruises. We are expecting to see greater awareness built as a result and we’re also hoping a boost in booking.”

Paul Hamann, executive producer at Wild Pictures, said: “It was a fascinating experience for our team to be on Regal Princess – a cruise ship of this size is like a small floating town, which enabled us to capture an incredibly rich variety of stories and characters from both crew and guests to give a unique insight into life at sea on one of the world’s biggest cruise ships.”