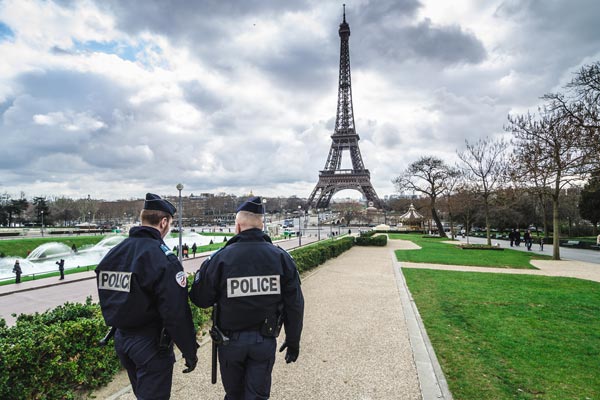 What impact have the recent terrorist attacks had on holiday plans, asks Alistair Rennie, head of strategy & innovation at First Rate Exchange Services

Going abroad on holiday is important. That is according to two-thirds of people who intend to travel over the next 12 months.

They were asked about this in a survey for an interim Holiday Confidence Index survey conducted after the terrorist attacks on Paris and Egypt.

It may seem trivial to talk about the effect of those attacks on tourism when compared with the impact they have had on lives, families, societies and cultures. These fundamentals outweigh the importance of any impact on tourism.

Yet we cannot dismiss the fact that for those travelling abroad – which the survey suggests represent 55% of the population – a holiday is an important part of their lives and another freedom linked to, and disrupted by, the threat of terrorism.

There is no getting away from the fact that the threat of terrorism is widespread. The Foreign & Commonwealth Office rates it as ‘high’ in 30 countries, some of which are popular tourist destinations. For example, it is rated as high in Spain and Turkey, as well as in places such as Libya, Pakistan and Somalia.

But what impact have the recent terrorist attacks had on holiday plans? Many thousands of holidays to Tunisia were cancelled following the attack in Port El Kantaoui in June.

British Airways and easyJet are among the airlines to have cancelled all flights to Sharm el-Sheikh until January following the downing of a Russian holiday jet in the Sinai desert.

And after mass cancellations in the aftermath of the Paris attacks, air passenger bookings to the French capital are significantly down compared with the same time last year.

To find out how attitudes have changed, we re-ran our Holiday Confidence survey just weeks after our winter index (Travel Weekly, October 29). The results of our latest survey, conducted in November, suggest terrorism has polarised travel intentions.

On the one hand, among those who were not planning to travel abroad in the coming year, 37% said acts of terrorism made them less likely to travel, while 34% were “put‑off” by increased security since the attacks.

However, the interim survey also reveals a degree of resilience in consumer holiday confidence. Although two points lower than a year ago, the overall headline measure of confidence remains in line with the winter 2015 report, which was based on data collected in September.

Encouragingly, of those planning holidays abroad, only 18% said they were “put off” by the extra security measures, while 22% admitted terrorist acts made it less likely they would travel.

What is more, although economic forecasts have been downgraded in recent weeks, survey respondents’ views on their personal finances and job security have improved since the September survey.

This may be the key factor that has propped up holiday confidence and helped to balance any negative impact of terrorist activity.

Travel plans may be disrupted by a heightened risk of terrorist attacks, but holidays continue to be an important freedom for a majority of UK holidaymakers. Reassuringly, many of them remain determined to travel.