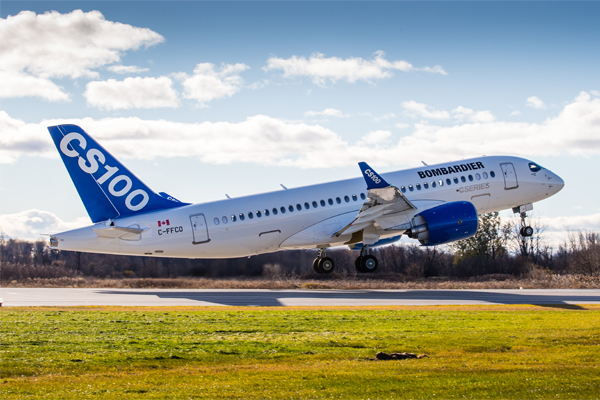 Bombardier has received certification for its C Series jet, clearing the aircraft to enter service in the second quarter of next year.

Canadian manufacturer Bombardier received the go-ahead to start deliveries from Canada’s air transport regulator which granted an airworthiness certificate to the smaller 100-110 seat version of the new aircraft, the CS100.

The aircraft will enter service with Lufthansa subsidiary Swiss.

A larger version of the narrow-body aircraft, the CS300 designed to carry 135 passengers, is expected to enter service about six months later.

The smaller CS100 is designed as a fuel-efficient regional jet and the CS300 to fill a gap between this and the larger Boeing 737 and Airbus A320.

Production of the C Series has run late and over budget, with Bombardier requiring a $1 billion investment from the provincial government of Quebec in October to guarantee the programme and a further cash injection in November.

Yet analysts still questioned whether Bombardier would have the cash to ramp up production after the company reported a debt of almost $7 billion at the end of September.

Canada’s transport minister, Marc Garneau, said: “Canadian aerospace products have a well-deserved reputation for value and reliability and the C Series is now part of that.”

Bombardier has reported 243 orders for the aircraft, but has taken no firm new orders for some time.