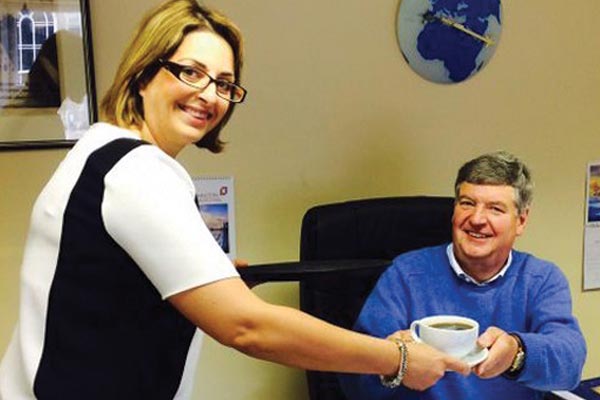 Tributes have poured in for a “terrific and passionate” travel agency boss who died after a  car crash.

Ian Widdowson, 59, died on January 11 after a car in which he was a passenger crashed on New Year’s Day and burst into flames.

The 24-year-old driver of the other car died at the scene, near Kinloss, in northern Scotland.

Widdowson and his wife Fiona took over Beaver Travel, which has agencies in Forres and Elgin in Scotland, in 1999. He was a long-standing and active member of the Scottish Passenger Agents’ Association (SPAA).

Advantage Travel Partnership managing director Julia Lo Bue‑Said said: “Ian was an active member of the group and a friend to many. He held a passion for the industry he had devoted so much time to and I was so pleased that I got to spend time with him, his team and wife Fiona. He will be deeply missed.”

Graham Balmforth, SuperBreak national sales manager, said: “Ian was a terrific guy. I was chairman of Tipto when he won the proprietor of the year award in 2009 [at the Agent Achievement Awards] and his proactive approach and innovation was clear to see. He would travel far to network and swap good practice.”

Andy Freeth, managing director B2B UK at dnata, described Widdowson as a “lovely chap” who was always “happy and positive”.

His son Edward said the family had been “hugely touched” by messages of support, adding: “Dad affectionately called his staff ‘beavers’ and they have been absolutely amazing.”

He said the business would continue to run as a family-owned agency.

The loss of Widdowson, who also leaves behind sons Angus and John and a grandson, Toby, was noted at Travel Weekly’s Globe Travel Awards on Thursday.

A service of thanksgiving will be held at 1pm on Friday, January 22, at the St Laurence parish church in Forres.