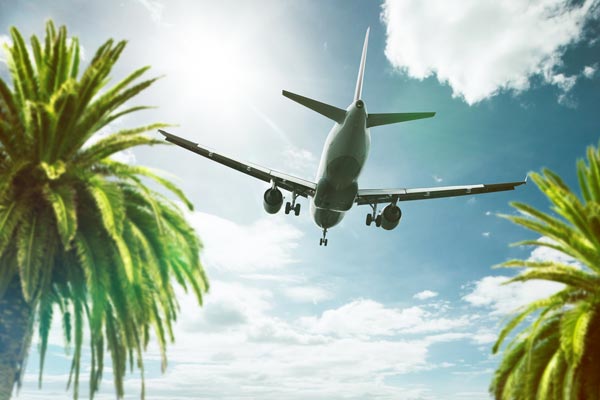 The average age at which today’s children first fly is under 6 years old – whereas almost two thirds (64%) of those aged over 50 did not take to the skies until at least their 16th birthday.

While their grandparents most likely spent their childhood holidays in British seaside resorts, 36% of UK children are holidaying in Spain, one in five head to France and almost a third are jetting off to long-haul destinations such as the US, the Caribbean and Asia.

When asked where they had spent their first holiday, only 19% of over-50s had spent it abroad, compared with 37% of today’s generation of children, according to the poll of 2,000 adults and children by Monarch.

Trips abroad with groups such as schools or clubs appear to have fallen out of favour in recent years, with only three in 10 children (32%) being treated to these group trips, compared with almost half (46%) of their parents’ generation.

Although younger adults often see the introduction of modern technologies into their holiday experience as more of a positive than those over 50, it seems that the more mature traveller is almost just as tech-savvy.

Only 15% of over-50s polled saw online check-in ahead of travel as a negative, and half (49%) consider ticketless check-in a positive.

Older people are doing more travelling – more than half (55%) of the over-50s polled take two or more holidays a year, compared with only 29% of younger adults.

More than two thirds of over-50s in Wales take multiple holidays each year. Of those over-50s polled, 100% of the Welsh respondents spent their first holiday in the UK, the highest of any region surveyed.

Over-50s from the northeast are the least travelled group in the country, with one in ten (10%) having never left the UK.

Taking breaks as a wider family group is a popular concept across the ages, with almost two thirds (62%) of over-50s holidaying regularly with their grown up children and 77% revealing the main reason for these family breaks is because they enjoy their company.

Younger adults also see their parents’ company as the primary reason to holiday together (68%), however almost a quarter admitted to there being more practical benefits such as looking after the grandchildren.

Monarch head of digital and marketing, Ian Chambers, said: “The arrival of the package holiday is often credited with transforming the nation’s holidaying habits, and our poll has revealed the significant impact that affordable foreign travel has had on the types of breaks we have taken over the last 40 years.

“The introduction in the 1970s of affordable package holidays made international travel a reality for many British families, and transformed the range of holiday options available for a whole new generation.

“In recent years, technological developments have meant that the way we travel continues to develop – from online and ticketless check in, to 24/7 access to a holiday rep even before you travel via email, this survey shows just how well these changes are received by every age group.

“Best of all, it’s great to see that holidays, whether taken abroad or in the UK, continue to bring every generation together to enjoy each other’s company and make life-long memories – and that’s what it’s all about.”