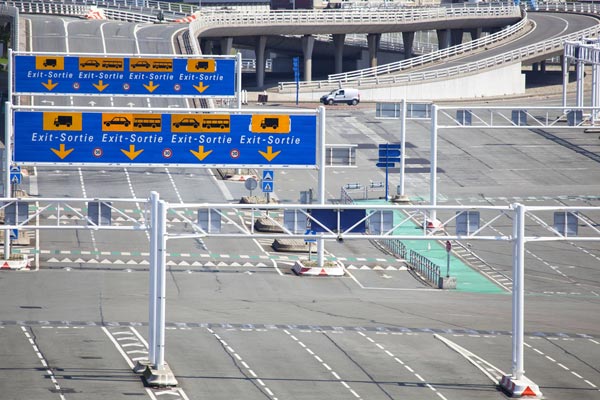 The port of Calais was shut on Saturday evening after a group of refugees stormed a cross-Channel ferry.

Up to 500 migrants broke off from a protest march through the town about migrants’ conditions, according to the mayor, Natacha Bouchart.

Around 150 people then got through the port’s perimeter fence, and 50 made it to the gangplanks of the P&O ferry, Spirit of Britain.

Photographs later showed the migrants standing on the upper decks of the ferry.

A P&O Ferries spokeswoman said the migrants had not managed to get inside the ship, as staff had locked the doors to prevent all access from the deck.

A French official said: “A demonstration in Calais has drawn around 2,000 people and in the end around 200 people entered the port, with approximately 50 of them boarding a ferry, the ‘Spirit of Britain’, on an external deck.”

Ferry services resumed at 8.30pm local time with some crossings subject to delays of up to two hours.

Thousands of migrants are living in camps known as ‘the Jungle’ on the edge of Calais.

P&O Ferries said this morning that all Dover-Calais services were operating to schedule.