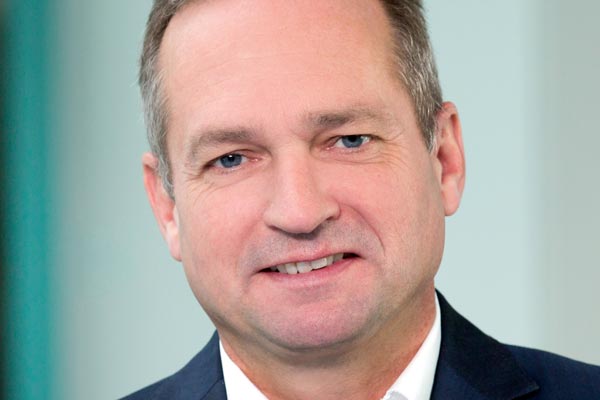 Kuoni UK will be left to run independently by new owner DER Touristik, but can expect investment. The German firm’s chief executive explains the strategy exclusively to Ian Taylor

DER Touristik, the new owner of Kuoni’s tour operations, is hardly a household name in Britain and has no plans to become one despite being the third-largest travel group in Europe.

Its tour operations in Germany are second only to Tui’s and its 2,100 travel agencies in the country dwarf the retail estates of rivals.

But its operations were largely confined to central and eastern Europe until DER Touristik paid €110 million to acquire Kuoni’s tour operators in a deal completed last September.

Rewe, DER Touristik’s parent, is a bigger business still. A major supermarket group in Germany and eastern Europe with an annual turnover of €52 billion, it is like The Co-operative Group in the UK but run as a single group rather than regional businesses.

DER Touristik chief executive Sören Hartmann spent 20 years at Tui and moved to Rewe Touristik, as it then was, in 2010 to restructure the package tour operation. He became chief executive in mid-2014, made DER Touristik the German umbrella brand and developed two platforms for expansion.

Hartmann says: “We built our own DMC [destination management] network all over the world. We have one of the biggest DMC networks – in all the biggest destinations more or less.

“Second, we built one IT platform for all our tour operators in Germany. With this platform we can go to other source markets.

“Then, like a present from heaven, Kuoni wanted to sell their B2C [business to consumer] activities in the Nordics, in the UK, in Switzerland, where they are market leader, and in the Benelux countries.”

Kuoni put its tour operations up for sale last January. Hartmann says: “We had the first talks in January.” Rival suitors were mainly interested in Kuoni’s operations in individual markets. “This wasn’t our strategy,” he says. “We wanted to be in all these countries, so we made the deal.”

Hartmann explains the group philosophy: “Rewe is a co-operative and the thinking of co-op people is different. The owners of the shops own the group. Whatever they earn, they want invested in their business. The people who own the company are private entrepreneurs. It’s a very profitable company, very stable.

“For us as a tourist group it’s the same. We invest in our businesses, in online platforms, in new businesses in different source markets, in DMCs – and when we invest, we invest for the long term.

“So [Kuoni UK managing director] Derek Jones is responsible for the business here – he has to do it from an entrepreneur’s view. We can help with financial things, with our platforms if needed. But Derek and his team are responsible and this will stay like this.”

DER Touristik has two head offices in Germany: its package tour business is run out of Cologne, its tailor-made and specialist business out of Frankfurt.

Its pan-European operations are similarly split.

Hartmann says: “In the Nordics we have package holidays and an online business. The UK business is very high-quality, a lot of specialists, very close to the clients, with its own shops. What Kuoni UK is doing is very close to what Dertour [its tailor-made and long-haul operator in Germany] is doing.

“Frankfurt and Cologne operate totally different profit models. A mass-market package holiday is different to produce from an individual [tailor-made], high-quality product. You need different systems, different thinking. You have to handle sales in a totally different way. They are two different businesses. But there are things we can handle together where it make sense. If you work on one system it’s easy to handle.”

Asked where the synergies will be, he says: “We have a strong DMC business and wherever it makes sense we try to work with the same DMC. All the other things, we discuss. If Derek says, ‘You have a beautiful product in the US, how can I work with this’, we can discuss it. [But] it is not about centralisation, it’s about platforms we can use if it makes sense.”

There is one requirement of individual businesses, Hartmann says: “They have to be profitable, that is all.

“They have to grow their business and change it where needed. Locally they have to connect their agency business with the online business.

They have to look at their costs. They have to check that they use the right system and think about what in the group they could use.”

Travel agencies remain core to the group, particularly in Germany. Hartmann explains: “We own about 500 agencies in Germany. We have a franchise system with another 500, and we have [more than] 1,000 in co-operation [as a consortium]. They all work under the brand of DER Touristik.

“We have the same contracts with suppliers. This brings big power.” He adds: “What we do is omni-channel. We invested heavily in the online business Der.com. This is something we centralised, but only for Germany.”

The maintenance of price parity between stores and online in Germany means agencies remain vital. Tour operators are also not allowed to sell exclusively through their own outlets. The market remains “20% online and 80% through travel agencies”, says Hartmann. “Online is growing but not growing fast.

“There are rules on price parity. Whenever we give a price online in Germany, it is the same as in the agencies. Most agencies sell all the operators [and] they have a price comparison system. It is very different to the UK.

“In Germany, everybody sells everybody. We have 2,100 shops with our brand and work well with another 8,000 shops. Even Tui shops sell DER Touristik and we sell Tui. It sounds stupid to a UK manager, but that is how it is.”