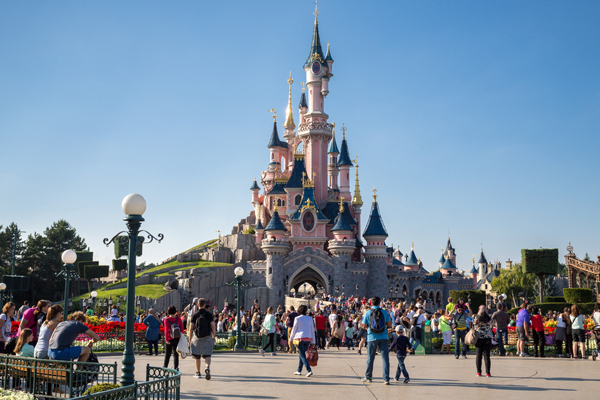 Disneyland Paris last night confirmed that a man was detected trying to carry weapons into one of its hotels.

The 28-year-old man, carrying the two guns in a suitcase, was held by police after his bag set off metal detectors at the Hotel New York, close to the entrance to the park.

Police sources said the man, of European origin, was also found with a copy of the Koran.

Police were reported to be searching for a woman, believed to be his girlfriend, who ran off when he was arrested.

A Disneyland Paris spokesman said: “During a routine security screening checkpoint at one of our hotels, weapons were discovered in a guest’s luggage through our x-ray machine.

“The police were immediately notified and the individual was arrested.

“We continue to work closely with the authorities, and the safety and security of our guests and cast members is our utmost priority.”

The theme park was closed for four days after the November 13 terrorist attacks in Paris and France remains on high alert due to the risk of further attacks.

A police source reportedly said there was no indication the incident was terrorism related, and that the man said he was carrying the guns because he feared for his safety.