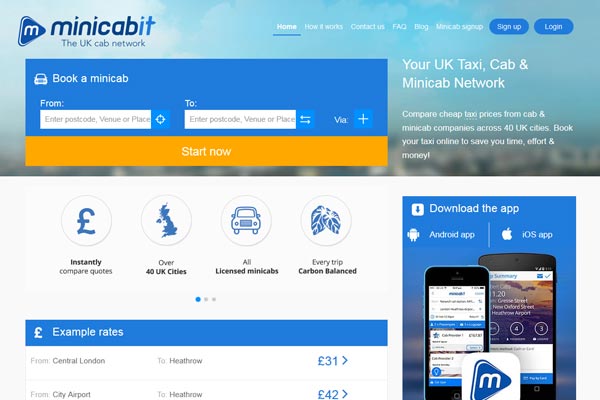 The firm has hired experienced travel executive Carl Cromie, who previously worked for Columbus Travel Media and Hostelbookers.com, as head of partnerships.

Minicabit already provides white-label versions of its technology to London City and Heathrow airports, and Expedia, fulfilling inbound transfers at Manchester and Birmingham.

Founder and chief executive Amer Hasan, who once pitched the company on BBC2’s Dragons’ Den, said: “Uber is doing partnerships, but is very much the on-demand city centre-type model. There  are not many companies that  can offer the scale we do.”

The firm is looking to integrate its booking service into travel partners’ products to give clients a domestic transfer service between home and ports of departure.

Due to Minicabit’s coverage of providers it can compare the prices of cab firms based at the point of departure and destination.

As well as prices, the firm also compares attributes such as availability of Wi-Fi, whether they take pets and carbon emissions.Last autumn, Minicabit raised £1.4 million investment funding as well as private backing from two leading investors.