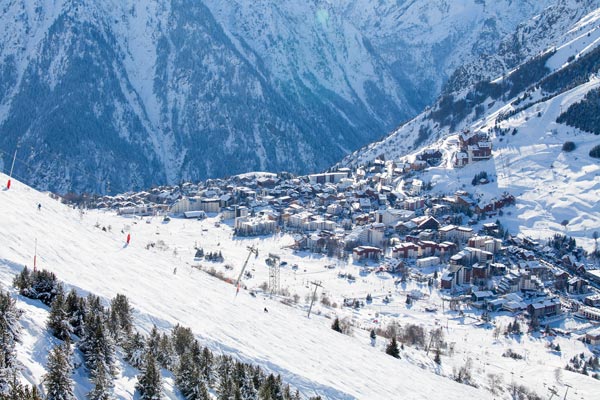 A slump in the value of sterling to a year low against the euro and other ski destination currencies means that costs in many winter resorts have risen, new research reveals.

The pound has dropped by more than 10% in value against the euro and Bulgarian lev and 9% against the Swiss franc since early December.

This means that although skiers can still expect to find prices lower than a year ago in two-thirds of the 20 European resorts surveyed by Post Office Travel Money, they could pay as much as £66 more per person for ski essentials, meals and drinks on a one week trip than two months ago in Zermatt.

Resort research conducted by Post Office Travel Money partner Crystal Ski Holidays shows that in France the cost of skiing together with meals and drinks comes to £504 in Courchevel, while skiers can expect to pay £273 more for the same items in the Swiss resort at £765 or 54% extra.

At the budget end of the market, snow has fallen in Bansko and the Bulgarian resort remains the cheapest option for bargain-hunters. At £260, ski costs are 40% cheaper than in La Thuile (£432), one of the few Italian resorts to have seen reasonable levels of snowfall to date.

This season’s biggest price fall has been in Kitzbühel in Austria at £513. Despite the recent fall in sterling value, prices are down five per cent year-on-year and piste conditions are described as good with more snow forecast in the resort.

Andrew Brown, of Post Office Travel Money, said: “The trick for skiers will be to do their homework and not only research snow levels but also check resort prices for ski equipment, lift passes, tuition and living costs.

“There has been significant snowfall in Switzerland but prices are higher than in French resorts, where ski conditions are also improving.

“Our research found that prices are over 50% higher in some top Swiss resorts than in French ones.”