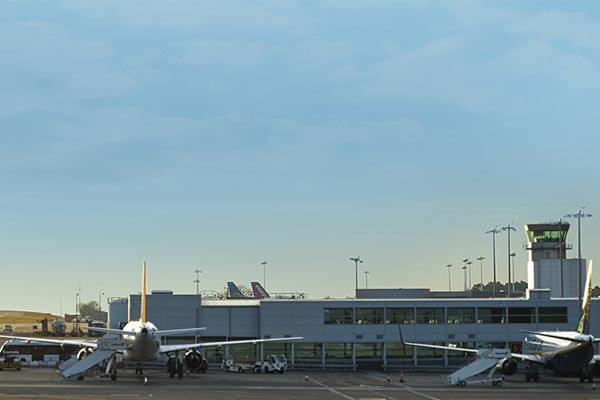 A former member of David Cameron’s cabinet called for a halt to the devolution of Air Passenger Duty (APD) to Wales today as Bristol airport released figures demonstrating the damaging impact this could have on the economy of southwest England.

Bristol airport (pictured) called for a halt to devolution of APD as it launched a campaign for ‘A Fair Flight for the South West’ with a report suggesting the move would cost the region £843 million in a decade and more than 1,500 jobs.

The figures are based on a study produced for the Treasury in 2012 which estimated devolution of APD to Wales would produce a 25% drop in passenger numbers at Bristol.

The Chancellor is expected to announce the devolution of APD in Scotland and Wales in next month’s Budget.

MP and former defence secretary Liam Fox said “The southwest is set to lose out massively if this tax is devolved to Wales. I am calling on the government to halt this measure.”

Bristol airport chief executive Robert Sinclair said: “If this tax is devolved to Wales and scrapped, we will be put at a significant commercial disadvantage to Cardiff Airport, which is owned by the Welsh government and less than 100km away from Bristol Airport.

“There would be a significant impact on more than 100,000 passengers who use European hubs and it would jeopardise plans to launch direct long-haul flights.

Sinclair told Travel Weekly: “We want the government to rule out devolution of APD all together.

“England and Wales form a single aviation market. The Welsh government has made clear it will cut APD immediately. The Chancellor needs to reflect on that, rule out devolution of APD to Wales and end the uncertainty for us.”

Sinclair insisted: “The Scottish situation is quite different – 80% of passengers in Wales travel through airports in England, mostly Bristol. In Scotland, 98% of passengers fly from Scottish airports.”

Bristol airport handled almost 6.8 million passengers last year, making it the UK’s ninth busiest airport, and it has plans to grow to 10 million.

Bristol Chamber of Commerce chief executive James Durie said: “Bristol airport plays an increasingly important role in the regional economy. We have the best performing economy outside of London and ambitious plans to grow.

“A critical part of this is air connectivity to international markets. The government must recognise the economic dangers.”