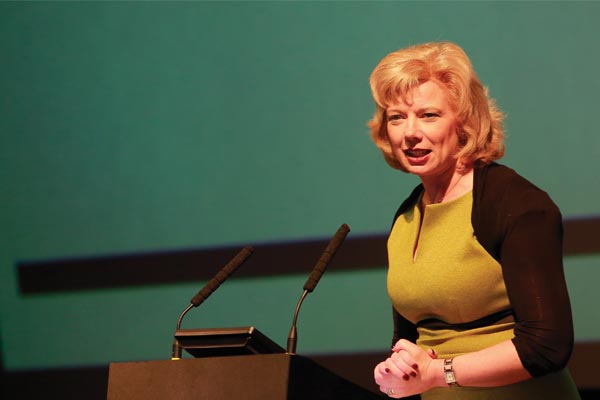 Inbound travel association UKinbound came out decisively in favour of Britain staying in Europe last week after a poll found 82% of its 350 members regard the EU as “important to their business”.

The results led UKinbound to become the first travel industry association to speak out on the issue as an EU summit this week is due to finalise revised terms for British membership that could go to a referendum this summer.

Chief executive Deirdre Wells (pictured) told Travel Weekly: “It’s important to make a public statement, to pin our colours to the mast, to say we’re a big, strong industry and being members of the EU is hugely beneficial. I’m glad we’re the first to come out. We may be the only ones in travel [to do so].”

Asked if she is prepared to speak out on behalf of the sector, Wells said: “Definitely. We’ll take a role in speaking for the industry. It goes to the heart of what we’re trying to do – presenting the UK as a welcoming, open destination.”

But she expressed concern about the debate a referendum would trigger, saying: “I don’t think the arguments will be nuanced.”

Abta is consulting members on their attitude to Britain staying in or leaving the EU, but many associations appear reluctant to speak out given internal divisions on the question.

Bernard Donoghue, chairman of industry lobbying group the Tourism Alliance, of which Abta is a member, said: “It’s a massive issue. The Tourism Alliance is not taking a view but will be making available the pros and cons of staying and leaving. Personally, I think [leaving] would be an absolute tragedy economically, socially and culturally. I can’t think of an upside.”

Wells said: “Visitors from our European neighbours bring much-needed revenue to the UK, creating valuable jobs for the UK economy. Saying ‘yes’ to the EU sends a clear message that we’re open for business. Collaboration, not distancing ourselves, is a priority.”

Asked about the consequences of a British exit (Brexit), Wells said: “Of course, we could work around it, but why would you want to do that?”

She identified a series of issues if Britain were to leave: “Whether there would be new and enhanced restrictions [on borders], whether day-to-day business would become more complicated, whether it would reduce the number of visitors who want to come here.

“I worry about how the UK is viewed. An awful lot of tourism is business-related and there would be an inevitable reduction in that.”

Wells added: “We can’t take for granted the existing arrangements would continue.”

At the same time, she pointed out: “Countries not in the EU but wanting to trade with the EU are still subject to [EU] regulations.”

UKinbound chairman Mark McVay told the association’s conference in Aviemore: “Our member survey highlights overwhelming support for Britain to remain in the EU. It’s important we not isolate ourselves from the market which brought two-thirds of our visitors in 2015. Let the inbound industry be the first to say ‘yes’ to staying in Europe.”