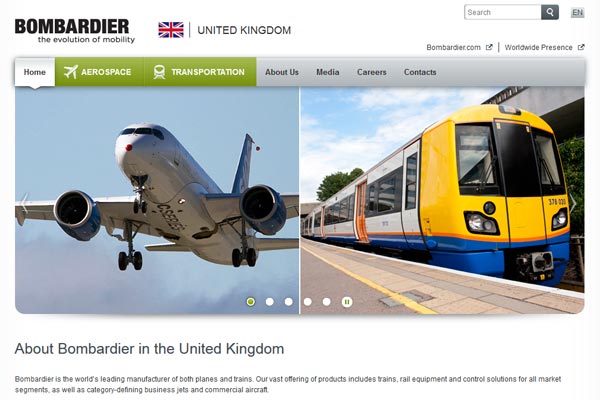 Aircraft and train manufacturer Bombardier is set to slash 7,000 jobs including 1,000 in the UK.

The firm has announced a restructuring amid reported falling revenues and worsening losses following problems with its $6 billion C Series aircraft project.

Engine and mechanical issues have pushed back the introduction of the 135-passenger small aircraft into service to later this year.

Last October it was reported that Bombardier had held talks with Airbus about working with it on the C Series project, despite it being intended to compete with Boeing and Airbus.

Bombardier has 700 orders for the aircraft, which first flew in 2013.

The Canada-based firm has had to take $1 billion in financial aid from the Canadian government and cash from the Quebec pension fund, The Telegraph reported.

In the UK the job losses will be felt particularly hard in Northern Ireland where the firm is a major employer. Around 20% of the workforce will be made redundant.

Alain Bellemare, chief executive, said: “We are turning Bombardier around to make this great company stronger and more competitive.

“These adjustments are always difficult. They are important to ensure that, with our 64,000 employees worldwide, we continue to create superior value for our customers, be more competitive, and deliver improved financial performance.”