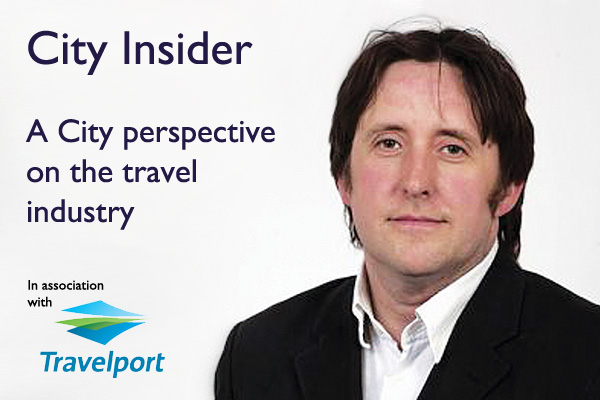 On the eve of the Business Travel Show and Travel Technology Europe, David Stevenson considers the fortunes of two companies operating in the sectors

I want to turn the spotlight on two very different travel industry specialists, digital travel outfit Travelzoo and business travel veteran Hogg Robinson Group (HRG), both of which have faced their share of challenges over the last few years.

Recent numbers from both suggest business is improving, but once one digs beneath the surface we encounter the same challenges.  The travel sector is becoming an increasingly difficult space to make money.

Let’s start with the most-established and certainly most-profitable of the duo, Hogg Robinson.

Obviously, this isn’t purely a travel business as it also boasts units that take care of expense and data management.

But its core expertise is business travel, centred on a fee-based model. In recent years, revenues haven’t really advanced very much and profits seem stuck within a holding pattern around £30 million at the pre-tax level.

But I would suggest these slightly boring numbers are no mean feat when you consider this is a sector that was supposed to be on the verge of destructive disintermediation.

The idea was that digital disruption would attack the most-reliable and profitable bit of travel spend – corporate travel – and destroy legacy businesses such as Hogg Robinson.

Well, it hasn’t happened and, if anything, the business travel specialist shows why legacy brands sometimes have the greatest strength in digital.

It has simply used all that disruptive technology and adapted it for its own use via its Fraedom solution – I’m guessing more than 50% of business is now done via self-booking by clients.

Given a choice it seems that most corporates don’t want the hassle of never-ending choice. They want streamlined solutions.

But that smart adaptation has probably also had the side effect of crimping aggressive sales growth, thus Hogg Robinson seems stuck in a holding pattern.

It is solidly profitable with net margins just a tad under 10% and it’s pulling in solid cash inflows which are helping to drag net debt levels under £60 million against a market capitalisation of over £220 million. The dividend yield also looks secure and well covered at around 3.4%.

The other key weakness for Hogg Robinson is much the most interesting and hinted at in the recent numbers – slow growth in business travel.

As a business, the outfit is certainly faring better than its nearest rival Carlson Wagonlit which recently announced “a continued challenging climate”, with 2015 volumes down 11% and transactions down 1%. The big story here is fascinating and talks to a much more-important global trend.

The main pick up in the developed world economy has been in the Anglo Saxon economies and Northern Europe to a lesser degree.

These markets have been pushed ahead by rising asset prices (houses), lower interest rates and surging consumer spending.

But corporates are evidently still keeping a tight control of cash flows and spending, with travel near the top of those items highlighted for continued cost cutting.

We can see evidence for this parsimonious spending across the corporate spectrum, with ccapital expenditure fairly subdued.

The US and UK economies have, in effect, become too dependent on consumer spending. That is good news for the consumer travel giants, but potentially bad news at a later date when those clients start to exhaust their savings.

At Travelzoo we can see a very different dynamic at work. Travelzoo was supposed to be one of those businesses that wouldn’t stay independent.

The logic was that the disruption would come from largescale OTAs which would wipe out every one of their competitors. Again, this hasn’t happened.

Travelzoo has had its challenges, but it seems to be paradoxically getting financially stronger. It is solidly profitable, has slashed spending and looks much more financially disciplined.

The business recently announced fourth-quarter numbers for the period ended December 31, 2015, with revenues down 6% year on year at $32.1 million and net income of $435,000.

In constant currencies, revenue decreased by 3% year on year. Earnings per share (EPS) was $0.03, a big improvement on the previous year’s losses.

Travelzoo’s focus has been to develop more products, including its core hotel-booking facility, and recruit better quality customers with higher spending potential.

But just as Hogg Robinson has had to fight a headwind, so has Travelzoo with its more distinctive search and Local Deals products.

The London and US-based outfit first came to prominence with its content-led approach built around voucher offers (and localised products) originating from its curated Top 20 offering.

I always thought this sounded like a great niche to operate in – curate special offers and then introduce them to a ‘club’ that comprised as many as 28 million members.

But the reality is revenues have been steadily declining for Local and search-based products with the US market (worth more than 60% of Travelzoo revenues) the hardest hit.

Overall revenue growth has been fairly anaemic, but the financials have been steadily improving as the headcount has come down and product sets broadened.

Curiously for a business that wanted to distinguish itself from the bigger OTAs like Priceline and TripAdvisor, Travelzoo has recently found greater success selling hotel rooms, albeit via a more distinctive model which emphasises a smaller number of products with pricing for hoteliers that seems much more compelling.

Social and, specifically, Facebook has been another big success for Travelzoo, with volumes growing markedly in recent years.

The group also recently took the controversial decision to buy back in its Asian business for $22 million having sold it a few years earlier for $3 million.

Both Travelzoo and Hogg Robinson are living examples of three important caveats to the big narratives spun about the travel industry.

The first is that despite all the hype you can survive in a niche, even when you are up against massive competitors with huge technological advantages. Those niches can also remain profitable for much longer than anyone expects.

The second follows from this, which is that a focus on driving down costs and improving the bottom line does come with a downside.

In effect, you are forced to be much humbler about how you’re going to change the world. That might mean learning from the technology upstarts and rebooting the core business around tech as Hogg Robinson has done or copying the OTA majors and going after hotel booking as Travelzoo has done.

You need to be able ‘pivot’ (change strategic course) quickly and effortlessly.

The third key lesson is perhaps the most important. Being boring and steady is supposed to cheer up investors, but looking at the share prices I’m not sure that is true.

Travelzoo’s share price has steadily fallen to its current level around $7.60 a share, massively down on a peak price of $24 in 2013. Yet the company is still worth $113 million.

Hogg Robinson’s share price has held up a little better, rising from the mid-40s five years ago to the current 63p a share. But it’s hardly a soar away success, with the current price-to-earnings ratio only a shade over 10.

Both businesses seem to be struggling to build a growth narrative with investors who are beginning to discount the shares.

This caution, in turn, suggests that a private equity player could make a move on one or both, although Hogg has two big strategic investors who could presumably block a takeover.

But, perhaps most important, both should remind investors in fast-growing travel disruptors that even when you make it to the big time, go public and start to pull in profits, stock markets can be difficult, troublesome homes.