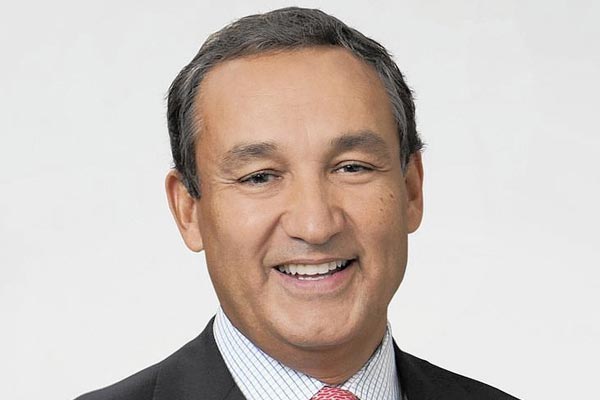 The president and chief executive of United Airlines is due to return to work next week after suffering a heart attack five months ago.

Oscar Munoz, who underwent a heart transplant in January, will return to full-time duty on March 14, the airline announced.

Munoz, 57, has been actively participating in all major corporate decisions during his recovery and has been meeting with employees and shareholders.

He had surgery on January 6, and joined in on a conference call with Wall Street analysts just two weeks after the operation.

Non-executive chairman, Henry Meyer, said, “The board is confident in the strength and potential of United’s business – and very pleased that Oscar will be returning to the roles of president and chief executive officer on a full-time basis.

“We expect him to continue leading the company’s improving operational and financial performance, driving increased shareholder value, and innovating and elevating United’s customer and employee experience.

“We would also like to extend our sincere appreciation to Brett Hart for his superb leadership as acting chief executive.”

Munoz said: “I am thrilled to return full-time to a job and the employees I love.

“Since September when I became chief executive, our team has been focused on our employees, improving the operation and the customer experience, and the results are starting to show. In fact, over the past several months United has emerged as a top performer in on-time arrivals and completion factor among our largest industry peers.”

Munoz took over at United amid a scandal engulfing the world’s third-largest carrier. Former chief executive, Jeff Smisek, and two other executives stepped down last September amid a company and federal probe into the airline’s dealings with the Port Authority of New York & New Jersey.

Munoz has promised to improve labour and customer relations at United since taking over.