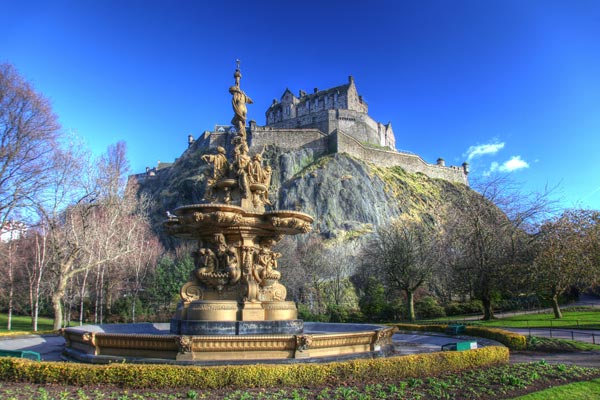 The number of people visiting the UK’s museums, galleries and exhibitions rose by more than 3% last year to 124.4 million, according to official figures published today (Monday).

Scottish attractions saw the greatest increase of 5.48%, while London had an increase of 1.61%.

Edinburgh Castle was the most visited attraction in Scotland – ahead of the National Museum of Scotland for the first time in five years – with 1.5 million visitors, marking a 5.9% increase.

More than 65 million people visited attractions in London with the British Museum continuing to be the most popular visitor attraction overall for the ninth year running with 6.8 million visitors, followed by the National Gallery with 5.9 million and the Natural History Museum with 5.3 million.

The largest increase in visitor numbers in the top 10 attractions was Somerset House, which saw an increase of 31% to 3.2 million, mainly as a result of temporary exhibitions and public programmes.

Gardens saw a 3.5% rise in visitors, and it was a record year for the Royal Horticultural Society, with RHS Garden Wisley seeing a 6.1% increase to more than one million.

Bernard Donoghue, director of the 230-member Association of Leading Visitor Attractions, which produced the figures, said: “2015 continued to be a record year mainly due to our members continuing to show how diverse the UK is to both domestic and overseas visitors.

“However, anecdotally, our members told us that the poor weather had an affect, and our members in the south-east did see a decrease during Operation Stack in Kent as well as following the Paris attacks.”

He added: “The current weakness of the pound to the dollar and euro is making the UK a more affordable destination and 2016 is on target to be another memorable year for ALVA members.”

Stephanie Fudge, head of RHS Garden Wisley, added: “We are absolutely thrilled that 2015 was a record year for visits to RHS gardens.
“As well as our commitment to showcasing the very best in horticulture, our 2015 programme of garden events hit the mark, resulting in record attendance to many of them, in particular the RHS Garden Hyde Hall and RHS Garden Wisley Flower Shows”

The 400th anniversary of the death of Shakespeare will be marked by a number of events this year, notably the Globe and the Royal Shakespeare Theatre and Swan Theatre and Shakespeare’s Birthplace in Stratford-upon-Avon, plus the British Library has a major new exhibition opening on April 15, Shakespeare in Ten Acts, and an extensive Shakespeare events programme.