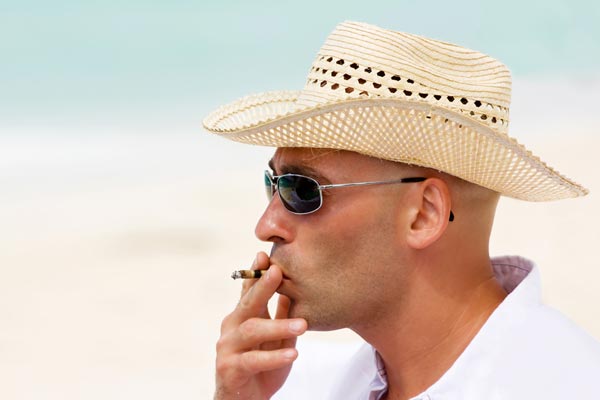 A beach is Wales is going ‘no smoking’ as part of a year-long trial.

Smoking and vaping is to be banned on Little Haven beach in Pembrokeshire.

Pembrokeshire council said that it took public health very seriously. However, the council will not fine or prosecute those who violate the ban.

Huw George, a Pembrokeshire county councillor, quoted by the Times, said: “We know children are at particular risk from secondhand smoke and that they are more likely to start smoking themselves if they see adults doing it in a family-friendly environment.”

A YouGov survey by the anti-cigarette group Action on Smoking and Health said that 54% of adults believed that people should not be allowed to smoke in parks and at beaches.

Dr Ruth Hussey, chief medical officer for Wales, welcomed the ban, saying that it would help to prevent the “renormalisation of smoking behaviours”.

But Tom Pruen, of the Electronic Cigarette Industry Trade Association, said that the government was failing to differentiate between smokers and vapers.

Pro-smoking group Forset said that people could move away from cigarette smoke or e-cigarette vapour in open areas if they so wished.

Simon Clark, the group’s director, said that there was no evidence of a health risk from smoking in the open air.