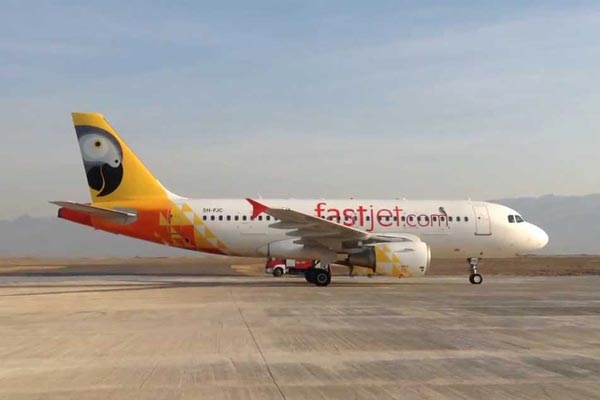 Fastjet has bowed to pressure from key shareholder Sir Stelios Haji-Ioannou and confirmed that its chief executive will step down this week.

Winter had previously announced plans to step down from the carrier but agreed to go early.

The departures come two weeks after 12% shareholder and easyJet founder Sir Stelios said he had “lost faith in the management and current board”, adding that “unless the board does some serious cost cutting the company will soon run out of cash”.

Fastjet admitted that it may need to raise more funds in its most recent profits warning earlier this month.

Child will be supported by chief commercial officer, Richard Bodin, who will assume the role of chief operating officer on a similar temporary basis.

A statement said the airline’s board does not now consider it necessary to hold a general meeting as requested by Sir Stelios’s EasyGroup Holdings two weeks ago.

Child said: “Over the past four years, Ed has made very significant and sustained progress towards Fastjet’s goal of becoming Africa’s first true low-cost pan-African airline.

“He has successfully opened hubs in Tanzania and Zimbabwe, providing multiple domestic services, and has won international rights to fly from Tanzania to Kenya, South Africa, Zambia, Zimbabwe, Uganda, and from Zimbabwe into South Africa.

“Krista has played a very important role as general counsel and has been instrumental in negotiating and securing flying rights across east and southern Africa and dealing with the very significant regulatory challenges of operating an airline in Africa.”

Winter said: “I feel privileged to have had this unique and exciting opportunity to lead an incredible team in changing the face of African aviation. We have been pioneers in bringing a true low-cost airline model to sub-Saharan Africa.”