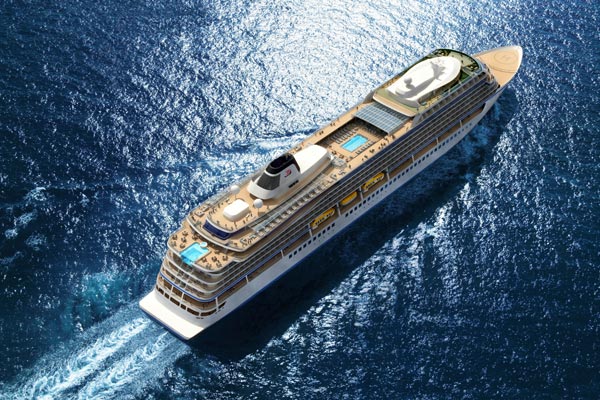 Sailing these sun-kissed islands is all about picking the right ship, finds Jane Archer

Think a Caribbean cruise is, well, just a cruise around the Caribbean? Think again.

There are more than 30 cruise lines hopping between the islands on ships big and small, luxurious and mass market, each offering a very different style of holiday.

That versatility is a real selling point, as long as you know which lines will have passengers hiking up a mountain or zip-lining through the rainforest, and which are better-suited to exploring the cultural side of the Caribbean.

With all that rich variety – plus plenty of new product coming this year – the Caribbean has more than enough to keep clients coming back for more.

Just months after its first ocean ship set sail, Viking Cruises unveiled a debut season in the Caribbean, sailing an itinerary that dips in and out of the European cultures that left their mark on the region in the 18th and 19th centuries.

The cruises are on Viking Star, which will be based in San Juan, in what was Spanish Puerto Rico before the island became a territory of the US in 1898. Clients will get a taste of both cultures on an included tour to compare the colonial old town and modern American city.

BOOK IT: From £2,940 departing December 7 for an 11-night West Indies Explorer round-trip cruise from San Juan including flights, transfers, one shore excursion per port, drinks with lunch and dinner, and Wi-Fi.

One thing is for sure: by the time passengers fly home after MSC Cruises’ new 14-night voyages from Cuba, they will know Havana very well.

That’s no bad thing considering this fabulous city has much to discover, from colonial architecture and watering holes made famous by American author Ernest Hemingway, to rum factories and the colourful Tropicana cabaret.

This is a full-on itinerary with three days in the Cuban capital at the start of the cruise, followed by an overnight stay half-way though, and only two sea days to relax between an eclectic mix of port calls that include Montego Bay in Jamaica, Belize City, Costa Maya in Mexico and George Town in the Cayman Islands.

BOOK IT: From £719 cruise-only departing January 3 for a 14-night round-trip cruise on MSC Armonia from Havana in Cuba.

Luxury is a dish to be savoured, so it is worthwhile hanging on until early next year for this 20-night Caribbean cruise on Regent Seven Seas Cruises’ new ship Seven Seas Explorer.

The vessel, launching in June this year, is billed as the world’s most luxurious ship, with spacious designer suites and the highest space per passenger and staff-to-guest ratio in the industry.

The itinerary is an interesting mix of ports in Central America including Guatemala, Belize and Honduras and island favourites such as the British Virgin Islands, Saint Lucia, Barbados, Antigua and chic St Barts. In all, passengers visit 13 ports but with most excursions – from hiking through Guatemalan rainforest to swimming with stingrays in Antigua – included in the price, they can sign up for tours without worrying about extra charges.

BOOK IT: From £6,899 for a 20-night round-trip cruise from Miami departing March 6, 2017, including flights, transfers, drinks, shore excursions, gratuities and unlimited Wi-Fi.

4. A world of discovery

Can’t decide between the beach and a bike ride? Why not be guided by the experts at the Discovery and Animal Planet channels who have put their ‘recommended’ mark on several excursions on Royal Princess on its New Year 2016-17 cruise.

There’s a ride on a submersible scooter in St Thomas, a trip to a spice estate and the Annandale Falls in Grenada, snorkelling in Bonaire and an ostrich farm outing in Curaçao. Prices start from $55.

In Dominica, the experts have put their stamp on visits to the hot springs and river tubing through the rainforest – but be warned, you will get very wet!

BOOK IT: From £1,128 cruise-only for a 10-night Southern Caribbean round-trip cruise from Fort Lauderdale departing December 30.

There are two good reasons for sailing through the Caribbean with Carnival Cruise Lines.

First is that this itinerary is on board Carnival Breeze, one of the company’s newest ships with fun-packed features including water slides, a ropes course, 3D cinema and foodie choices that range from sushi and steaks to seaday brunches.

The other is that it sails out of Galveston, the port for Houston, which is invariably cheaper for Brits to fly to than Miami. Not only is it convenient and affordable, but this is also an opportunity for agents to offer clients some interesting extras to add to their cruise. A few days learning about cowboys and Texan culture in Fort Worth, anyone?

The cruise takes in three island favourites – Montego Bay in Jamaica, Grand Cayman in the Cayman Islands and Cozumel in Mexico, where passengers can try their hand at kayaking, climbing waterfalls and scuba diving, visit Mayan ruins and have close encounters with dolphins and stingrays.

BOOK IT: From £443 cruise-only for a seven-day Western Caribbean round-trip cruise from Galveston departing October 2.

Foodie folk are in for a treat as Celebrity Cruises serves up a selection of new ‘shop with the chef’ shore excursions in three of the five ports Celebrity Summit is visiting on its one-week round-trip voyages from San Juan this year.

In Saint Lucia, Barbados and St Maarten, passengers will visit the local market with one of the ship’s chefs, then back on board they’ll tuck into a private dinner prepared with the ingredients bought that day.

BOOK IT: From £416 cruise-only for a Southern Caribbean round-trip cruise from San Juan departing December 10.

Norwegian Epic was crowned Norwegian Cruise Line’s year-round ship for the Med last April, but after just 18 months it will be heading back to warmer winter climes, giving those who balk at cruising traditions such as dress codes and fixed dining a range of new holiday options in the Caribbean.

Starting in November, Epic will be sailing three and four-night cruises from Port Canaveral to the Bahamas that are ideal to pair with one of Orlando’s theme parks or a week on a Florida beach.

For those who want longer at sea, one-week Eastern and Western Caribbean cruises visit the British and US Virgin Islands, NCL’s Bahamas hideaway Great Stirrup Cay, Cozumel in Mexico, Grand Cayman and Jamaica.

BOOK IT: From £1,248 for a seven-night Eastern Caribbean round-trip from Cape Canaveral departing November 12, including flights.

Looking for a speedy solution to the winter blues without completely losing sight of Old Blighty? P&O Cruises’ new seven-night Caribbean cruises on Britannia are just the ticket.

The cruises are from Saint Lucia, the first time a ship has had a home port on the island, to Barbados or vice versa. Choose the former to tour St Maarten on a Harley-Davidson, the latter for beach time, snorkelling and diving in Curaçao, Aruba and Grenada.

Britannia was christened by the Queen last year and blends the look of a modern boutique hotel with P&O’s familiar British feel. Expect home-grown entertainment, a pub serving 70 British beers, ales and ciders, and UK favourites on the menus.

BOOK IT: From £1,119 for a seven-night Eastern Caribbean cruise from Saint Lucia to Barbados departing December 10, including flights.

Seeking a solution for cruise newbies who prefer sightseeing over sailing? Thomson Cruises has ditched days at sea with a new destination-rich voyage in the Caribbean that visits six islands in seven days.

It is on Thomson Discovery, a ship moving from Royal Caribbean International and bringing with it a raft of new-to-Thomson attractions, including almost 400 cabins with balconies, family suites and a rock‑climbing wall.

Its Seven Shores itinerary, round-trip from Barbados, visits Grenada, Dominica, Martinique, Guadeloupe, St Vincent and Saint Lucia. Passengers will get a full day in each and can either explore alone or sign up for excursions, from hiking in Martinique to kayaking in St Vincent.

BOOK IT: From £1,156 for a seven-night Seven Shores round-trip cruise from Barbados departing December 4, including flights from Birmingham.

A cruise on the world’s largest playground at sea is the perfect choice for a Caribbean holiday with the kids. The playground is Royal Caribbean International’s Harmony of the Seas, which is making its debut in the West Indies this winter.

It is not only 33cm bigger than its sister ships but a veritable A to Z of family fun, from the Ultimate Abyss, the tallest slide at sea, to the zip wire over the Boardwalk. There are water slides, DreamWorks characters, a water park and a carousel, and also loads of restaurants and entertainment.

BOOK IT: From £1,153 cruise-only for a seven-night Western Caribbean round-trip cruise from Fort Lauderdale departing December 17.