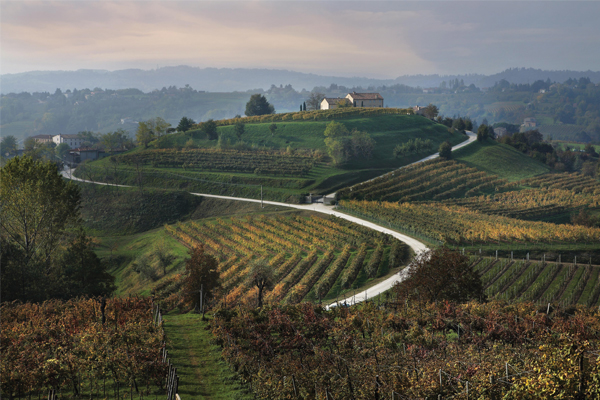 Venture beyond Venice to discover the delightful region of Veneto, says David Whitley

Crowded it may be, but Venice is hugely popular for very good reasons: the beauty, the history and the art all combine to make it a top-drawer city-break destination.

But Venice doesn’t sit in splendid isolation, and by tagging on some of the highlights of the surrounding Veneto region, a short break can be transformed into a thoroughly rewarding holiday.

The four major cities outside Venice – Treviso, Padua, Vicenza and Verona – each have their own merits as bases, while the wine country around them offers a fine opportunity for indulgence. What’s more, hopping between the cities by train is a cinch, so making itineraries between multiple bases doesn’t require too much time and effort.

Ryanair flights land there, it’s Italy’s rugby heartland, and tiramisu is its most famous invention. Aside from this, most people tend to know very little about Treviso, a contentedly small but wealthy city blessed with picturesque waterways and rather impressive city walls.

Everything spans out from the Piazza dei Signori, with the massive brick Palazzo dei Trecento hanging over it. Both of the city’s two main museums – the Casa dei Carraresi and Musei Civici di Santa Caterina – have a tendency to punch well above their weight on temporary exhibitions, although there’s art and archaeology year-round.

The star sight for art, however, is the hulking San Nicolò Church, where the chapterhouse is home to a quirky and ahead-of-its-time fresco series by Tommaso da Modena. Painted in the 14th century, it depicts 40 monks and cardinals at their desks in different poses, all displaying individual personalities.

Stay: The stylish Maison Matilda is big on individuality – each room has a different look and feel. There’s a strong vintage theme throughout, though, and a fab sunlounger-surrounded courtyard area. Doubles cost from €180.
maisonmatilda.com

In the region: Treviso is the gateway to prosecco and grappa country. The vineyards around Valdobbiadene are best for the former, while Bassano del Grappa knocks socks off with the latter.

In equal measures pretty and gritty, Padua has three must see attractions plus a youthful, student-led vibe that pulsates through piazzas both grand and tucked-away. For art lovers, and frankly even people who think they’ve no interest in art, the Cappella degli Scrovegni is a staggering feat. Giotto’s frescoes inside cover the entire chapel, turning it into a singular, gigantic masterwork. They were painted early in the 14th century, and arguably pioneered the techniques and thinking for the Renaissance that came soon after.

It’s the university rather than the church that has traditionally held sway in Padua. And the Palazzo del Bo is the headquarters. Guided tours head through a succession of lavishly decorated halls before arriving at the true marvel, the deeply claustrophobic Anatomical Theatre. Designed so students could watch human bodies being dissected, the wooden, funnel-esque construction was the first of its kind back in 1594.

Another world first is the Orto Botanico. It was set up by the university in 1495 to grow medicinal herbs, but the highlight of the pioneering botanic garden is a giant greenhouse added a few years ago. It’s full of plants from around the world, but also has surprisingly riveting displays on how humans have cultivated, used and spread crops around the planet over the centuries. ortobotanicopd.it

Stay: The Majestic Toscanelli has a marvellously central location, plus a tinge of grandeur to it with plush rugs, polished wood floors and drape curtains. Doubles cost from €88.
toscanelli.com

In the region: The Riviera Brenta, between Padua and Venice, is home to several lavish villas. If picking just one, the Villa Foscarini has a quirky shoemakers’ museum inside.
villafoscarini.it

The most attractive of the Veneto cities, Vicenza owes an awful lot to one man, Andrea Palladio. The enormously influential Roman revivalist architect designed several buildings in the city, including the Palazzo Capra, Palazzo Thiene and Palazzo Chiericati.

The Palladio Museum delves into his history and techniques, with several scale models of his villas and palaces. The three highlights, however, are the Basilica Paladiana, La Rotonda and the Teatro Olimpico. The Basilica, with its ingenious double-layered arched loggia, contains specialist shops and bars at the bottom, plus a beautifully blingy Jewellery Museum on the first floor, home to some intricate and precious metal-laden works.
palladiomuseum.org

La Rotonda is a pleasant one-mile stroll south of the city centre, and represents Palladio at his purest. It’s dome-topped and totally symmetrical, with four identical facades – a much aped design that has been used as a template around the world.
villalarotonda.it

The 16th-century Teatro Olimpico, however, is something else. Still in use as a theatre, it looks like a marble temple (even if it’s a mirage created by cleverly painted wood). The fabulously detailed streetscape set behind the stage, which makes use of perspective to make it seem extra-large, has been in place since the first production ever staged in the venue.
teatrolimpicovicenza.it

Stay: The G Boutique hotel is mood-lit, flair-packed and with bold feature walls made to look like bookshelves or stamp albums. Doubles start at €149. gboutiquehotel.com

In the region: There are several more Palladian villas within Vicenza province, with Villa Godi (his first commission) and the heavily frescoed Villa Saraceno arguably the stars.

The best-known Veneto alternative to Venice is also the easiest alternative entry point, with several airlines flying from UK airports to Verona. It is most famous as the setting for Shakespeare’s Romeo and Juliet, which gives Verona a romantic reputation – although the 1920s-built ‘Juliet’s balcony’ is one of the most outrageous tourist traps of all time.

Juliet’s Tomb is marginally better, but largely because it’s attached to the newly refurbished Frescoes Museum, which has rescued some great pieces from old palaces and churches worn down by time or flooding.
museodegliaffreschi.comune.verona.it

The real romance comes elsewhere, and the appeal can be seen from the top of the 84m-tall Torre dei Lamberti. The views out over orange-tiled rooftops, river bends and cosy squares are lovely.

The Giardino Giusti is a heart melter too – a beautifully terraced private garden with a maze, evocative cypress-lined central path and a smattering of little grottoes.

The two big set pieces are the Castelvecchio and the Arena. The former is a sprawling riverside castle, with a moderately interesting art and archaeology museum inside, although most fun comes from clambering all over the ramparts.

The Arena dates back to Ancient Roman times, and the hulking great Colosseum-esque amphitheatre oozes atmospherics. Stone arches and passages give way to a central field where you can imagine gladiators being torn apart by lions. The shows these days are operas, though, and they sell out quickly during the summer season, even with the Arena’s 30,000 capacity. Inghams can package tickets for the opera performances into city breaks.
arena.it

In the region: Some of Italy’s best wines are made around Verona, and Pagus operates a series of tours to the Valpolicella, Amarone and Soave wineries. Prices start at €60.
valpolicellawinetours.com

Sunvil offers a seven-night multi-city holiday staying in Verona, Padua and Venice, with the option of a day trip to Vicenza, from £945. The price includes flights from Gatwick, B&B accommodation, a private transfer on arrival and train travel thereafter.
sunvil.co.uk

Typically Italian Holidays offers a week-long multi-centre with three nights in Verona, two in Padua and two in Vicenza, all B&B in three-star hotels, plus easyJet flights from Gatwick, seat selection, baggage and rail travel throughout, from £599 based on a May departure.
agentsonly.co.uk