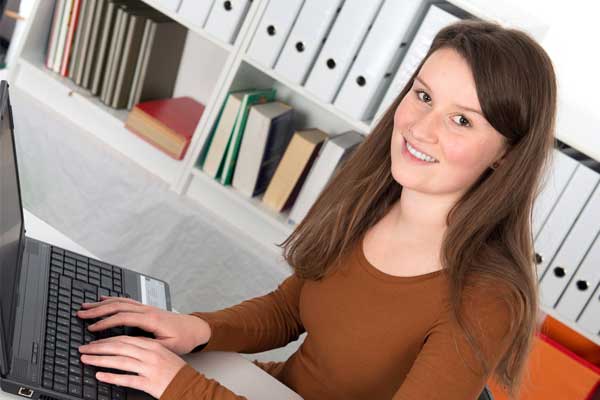 Next April, a new levy will be introduced to encourage businesses to take on apprentices, with the government hoping to raise £3 billion and reach three million apprenticeship starts between now and 2020.

People 1st, the workforce development specialist for the visitor economy – including travel and hospitality – has been nominated by employers within the sector to put in place an employer-driven system that will oversee the quality of new apprenticeship standards and increase take-up by demonstrating the value of an apprenticeship to both employers and individuals.

We spoke to Annette Allmark, director of strategic policy at People 1st, about the apprenticeship levy and how companies in the travel industry are preparing for its arrival.

Q. Why is the apprenticeship levy being introduced, and will all businesses have to pay it?

The government wants to improve productivity by investing in people and their skills, and believes encouraging employment of apprentices will help. The levy will only be paid by employers that have a pay bill in excess of £3 million.

Q. Do you have an estimate of the impact it will have on the travel industry?

We believe travel employers will invest an estimated £36 million over the three years between the introduction of the levy in 2017 and the next general election, likely to be in 2020, so it’s critical they achieve a return on their investment.

Q. Who will be in charge of collecting and reallocating the money – and will the money be ring-fenced for spending only on apprenticeships and by sector?

The levy will be collected through the PAYE system administered by HMRC on an employer’s total pay bill. Each employer will receive an annual allowance of £15,000 to offset against their payment.

On March 15, the government revealed that funding arrangements would be outlined in June and that, on top of the £15,000 annual allowance, employers would receive a 10% top-up to their monthly levy contributions.

The levy is intended to fund apprenticeships but no commitment has been made to retain excess funds within the sector. Some employers are keen that excess funds be distributed within their supply chain, but it’s unknown how it will be managed.

Q. Will there be a limit to how much money companies will be able to reclaim from their levy contributions, and a cap on how much can be claimed per apprentice?

No. Businesses will be required to use the value of their 0.5% levy contribution within a set period (yet to be confirmed) if they don’t want to lose it.

Currently, the funding cap for a travel consultant apprentice is £9,000, of which £6,000 is contributed by the government. Going forward, the cap is expected to remain in the region of £9,000 but will be paid for through employers’ levy contributions. Additional funding is available for: small businesses with less than 50 employees; taking on a 16-18-year-old; and the successful completion of apprenticeships.

Q. Are there any limitations on who could qualify as an apprentice, and will funding be the same for all ages?

Individuals can apply to be an apprentice if they are 16 or over, live in England and are not in full-time education. Additional funding is available for taking on a 16-18-year-old.

Q. How will the system work for smaller companies that aren’t required to pay the levy?

Once the levy is introduced, it is expected that employers that sit outside it will be required to invest £1 for every £2 contributed by the government.

Q. Could these SMEs be put off by a perceived addition of a layer of red tape to access funding?

With incentive payments on top of the government contribution, businesses with fewer than 50 employees should not be out of pocket. SMEs may find it easier to purchase the service of a training provider that will guide them through the apprenticeship process and related administration.

Q. Is there a risk that other forms of training and development will suffer or fall by the wayside if companies feel they are being pushed towards apprenticeships?

Nick Boles (minister of state for skills) made it clear that the levy would only cover the cost of apprenticeships, therefore employers need to consider whether the training they currently offer fits within the apprenticeship standard.

Q. The approved apprenticeship standard for the travel industry in England is for the role of ‘travel consultant’. What happens to companies that will pay the levy but don’t have roles that would qualify as ‘travel consultants’?

There’s an opportunity to develop new apprenticeship standards if enough employers agree there’s a need. The first step is to contact the travel trailblazer via People 1st.

Q. What will happen if businesses have their own in-house training departments? Will they still be able to get funding or can it only be spent on external training providers?

There are no mandated qualifications in the travel consultant apprenticeship so an employer can use its in-house training. To deliver its own training and draw down funding (whether or not it is subject to the levy) employers must register on the Register of Training Organisation (ROTO) and will be Ofsted inspected. Employers that will pay the levy have some concerns around the cost and necessity to do this under the new system, which People 1st is communicating to government.

Q. What should businesses do if they’re concerned or have any questions about the impact of the levy?

Employers can contact People 1st for guidance via apprenticeships@people1st.co.uk.