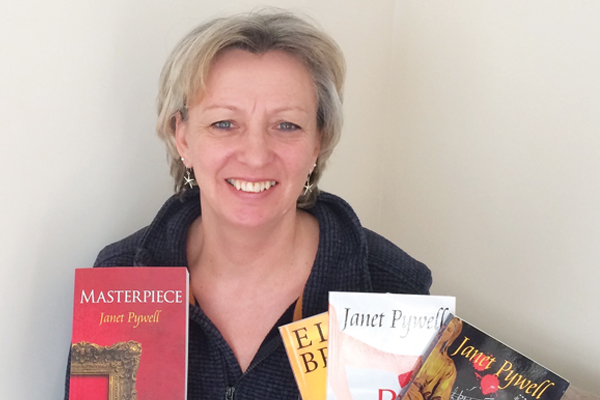 After a colourful 30-year career in travel, Janet Pywell has combined her two favourite passions – travel and writing – to become a self-published author. She talks to Travel Weekly about her new novel, Masterpiece

Q. Tell us about your new book

A. I’ve always been interested in art, history and travel and like books that combine all three, but there’s not a lot on the market. Masterpiece is a heist novel set in London, Dresden and Majorca. It’s a follow-up to my first crime thriller, The Golden Lion, about a disgraced opera singer who is forced to take possession of a solid gold icon, part of a hoard of art treasures stolen by the Nazis. I wrote The Golden Lion as a short story while studying creative writing at Belfast University and developed it from there.

Q. What did you do before writing?

A. I studied travel and tourism at college in the 1980s with Jo Rzymowska (UK managing director of Celebrity Cruises) and worked as a rep in Spain for Club 18-30 and Global. I later set up my own travel agency Viajes Costa Oriental in Malaga, but when the big tourism crash happened in the early nineties it really hit the Spanish coast.

So I moved into corporate hospitality then worked at a timeshare company before moving to Belfast. That’s when I started working for Knock Travel. I knew Doreen McKenzie (owner) from working together at Hamilton Holidays. I said to her ‘now you have your agency, you need to tell people about it’. I started doing their marketing and then three months later I become their marketing manager. Northern Ireland was changing around then with the peace agreement and investment coming in so I ended up starting my own marketing agency with clients from travel and real estate.

Q. How did you get into writing?

A. In 2012 I started an MA in creative writing. I studied for a year while still running my own marketing agency, which was quite full on. After I finished I wanted to spend my time writing and do what makes me happiest. This way I get to combine my two favourite things – writing and travel. I’m inspired by the places I’ve visited. My favourite destination is Lake Como – I saw a fabulous opera singer there, which inspired my character in The Golden Lion.

When I’m in a different country I always look at people and wonder what they’ve been through or what’s happened to them and make up stories in my mind. I also like setting my stories in different places so if someone is travelling there they’ll be inclined to pick it up and read it on their holiday.

Q. Are you working on anything now?

A. I’m two-thirds of the way through my third book The Book of Hours, which is set in Malaga, Bruges and Canterbury and due to come out in 2017. And I’m writing some short stories.

I’m also a guest speaker at the Meet the Author event at the Grand Hotel in Folkestone on April 20 where Agatha Christie wrote Murder on the Orient Express.

A. It’s giving enjoyment to people. If a reader says ‘I loved reading that and couldn’t put it down’, that to me is the ultimate accolade.

Janet’s books can be downloaded on Amazon and Kindle