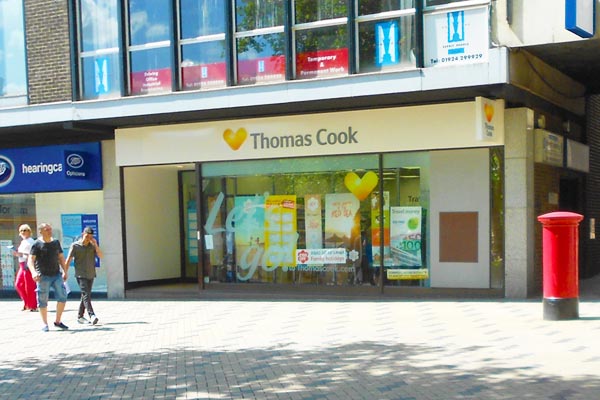 Thomas Cook plans to shut 12 stores this summer but may expand into new locations as the group continues to review its retail network.

Eight stores are due to close in the last week of May and a further four in the week of August 29.

Eight of the 12 stores are Co‑operative Travel shops and four are Thomas Cook agencies.

Forty-one staff are in an “informal consultation period” but Cook said there would be no redundancies and staff would be relocated to other branches.

The closures follow a review as shop leases come up for renewal, but the numbers involved are a far cry from those in 2011-13. Cook announced the closure of 200 lossmaking stores in 2011 as part of a major restructure, and shut a further 195 shops and made 2,500 staff redundant in 2013.

The latest round of closures will bring the total number of Thomas Cook UK stores to 796.

Staff were told of the proposals at the end of March.

Darbandi said the closures were due to leases ending, but she has not ruled out opening new shops in different locations.

“We continually review our store network to make sure we are balancing changes in customer demand with delivering profitable returns,” she said.

“Our stores remain an integral part of our retail strategy.”