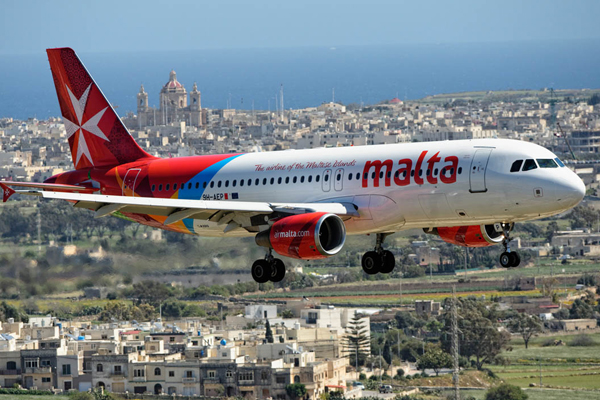 A major UK trade awareness campaign is being run by Air Malta ahead of the summer peak travel period.

The Maltese airline is visiting more than 900 business and leisure travel agents in the UK during a trade road show across various cities over a two-month period.

The team is also sharing timetable updates and distributing point-of-sale materials and giveaways.

Agents are also being invited to enter a short survey to be entered into a competition to win a four-night summer break to Malta including return flights.

Air Malta operates more flights to the islands from the UK in the summer months than any other airline.

Up to three daily flights run from Heathrow, a daily service from Gatwick, four flights a week from Manchester and weekly links every Tuesday from Birmingham, Bristol, Cardiff and Exeter.

Malta’s popularity as a tourist destination is expected to grow further with the capital Valletta confirmed as the 2018 European city of Culture.

Regional market manager Alex Savona, said: “These visits are very important for us. Such initiatives are intended to support our communication efforts in highlighting the uniqueness of the Maltese islands and the services offered by Air Malta.

“We believe that travel agents have a vital role in the market when planning holidays and conferences for their clients. We hope that through our products and service we facilitate that process and continue being at their service in the years to come.”

He added: “With up to 36 flights a week to and from the UK this summer, Air Malta is the best value airline to travel to the Maltese Islands.

“The increasingly popular Mediterranean islands are winning more short break visitors than ever as more frequent flights and an increasingly sophisticated UK travelling public discovers that there’s a lot more than just sun and sea in Malta.”