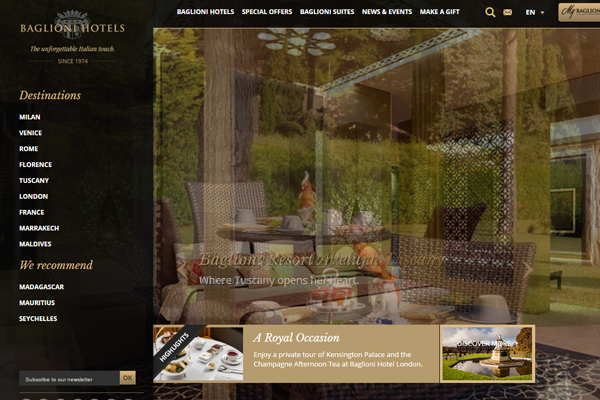 A new luxury private island resort is to be developed in the Maldives by Baglioni Hotels to open next year.

News of the expansion in the Indian Ocean destination came as the Italian company revealed record financial figures for 2015.

Annual turnover rose by 18% to €55 million with an occupancy rate of 75% recorded at its Italian hotels in Milan, Florence, Venice, Punta Ala and Rome, and 71% in its London property.

Baglioni Hotels now aims to achieve a turnover of around €58 million in 2017 and double its presence abroad.

The expansion includes the planned opening of the Baglioni Resort Maldives in the first quarter of 2017.

The resort will include 99 villas, three restaurants, a swimming pool and bar, spa and diving centre.

The property will be the first Italian luxury five-star resort in the Maldives, on the private island of Maagu in the Dhaalu Atoll.

“Our positive progress confirms the validity of our business model and the management that typifies our collection of luxury five-star hotels positioned in highly popular cities for tourists,” he said.

“We are a family business and have never wanted to compromise on quality. We have always worked hard to uphold our values – our Italian identity, experience and distinctiveness.

“Over the last few years we have adopted a strategy focusing on investing in the brand, skills and internationalisation.”

The company is also eyeing further expansion in Italy as well as hotels in New York and the Middle East.