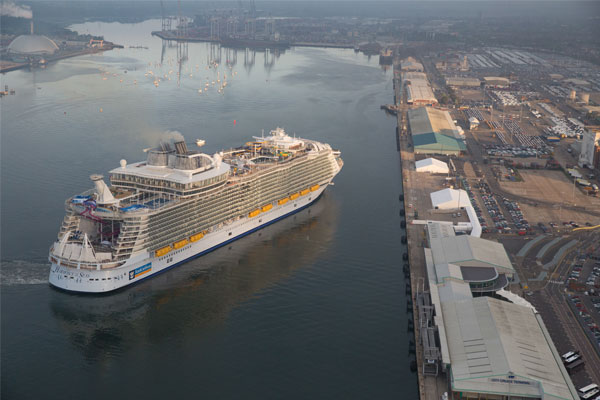 The UK is facing a battle with the US and China over the deployment of Royal Caribbean’s next ship, currently known as ‘Oasis 4’.

The line’s president and chief executive said there was currently “a massive global skirmish going on” as countries look to secure the next Oasis class ship which launches in 2018.

Bayley joked that he found the situation “hellish”, because all the countries he didn’t pick would be left disappointed.

His comments just weeks after he confirmed to Travel Weekly that the UK market would get a new ship at some point.

“There is a massive global skirmish going on at the moment over Oasis 4. It’s hellish for me because I’m the key decision maker and when I make the decision everyone who hasn’t got the ship is going to be disappointed with me. It’s pretty comical.

“The battleground features three key characters – the USA, China and the UK.”

He then promised that Oasis 4 would be launched with an inaugural sailing in the UK, but the decision on whether it would stay sailing out of Southampton for a season was yet to be decided.

Asked whether he thought the UK market could fill a 6,000-passenger ship, Bayley said: “Absolutely, I believe it can.”

He said the UK had sold out of its application for Harmony of the Seas and he believes the UK was “strong and robust market” which could “handle the capacity”.

Currently Harmony of the Seas (pictured) is the world’s biggest ship, however Bayley confirmed that Oasis 4 would be even bigger.

“We’ll add on a few inches or something to make it the biggest ship in the world, we will have to do that,” he said.