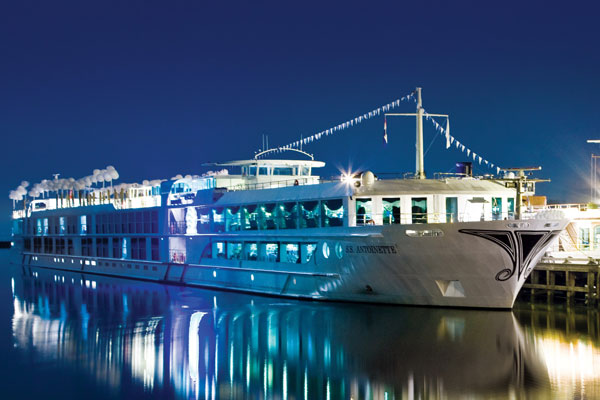 I’ve got a confession to make: I love Christmas. A lot. A worrying amount, actually.

I put my tree up in November and don’t take it down until February (it would still be up now if I had my way). I could happily watch Elf or Miracle on 34th Street every day of the year, and I wish my brother had never told me that Santa wasn’t real.

So the prospect of a Christmas markets river cruise sent me into overdrive: the thought of hourly servings of mulled wine, carol singers, twinkling lights all around and, of course, the opportunity to stock up on a new range of beautifully ornate decorations had me as excited as I would be on, well, Christmas morning.

I joined Uniworld’s quaint-yet-quirky vessel Antoinette in Cologne. The decor of Uniworld’s fleet is unlike anything else sailing Europe’s waterways and Antoinette embodies over-the-top glamour but manages to avoid being kitsch. It’s what you might expect of a historic and luxurious French palace – a floating Versailles, if you will.

The 154-passenger ship was Uniworld’s first newly built vessel when it launched in 2011; before that the line had bought existing ships. The grand design of Antoinette starts in the ship’s central atrium, where an extravagant crystal chandelier is surrounded by a grand two-deck staircase. At Christmas, this area is transformed into a winter wonderland, with pretty white lights wrapped around the staircase, a beautifully dressed Christmas tree standing proudly, alongside a showstopper of a gingerbread house. 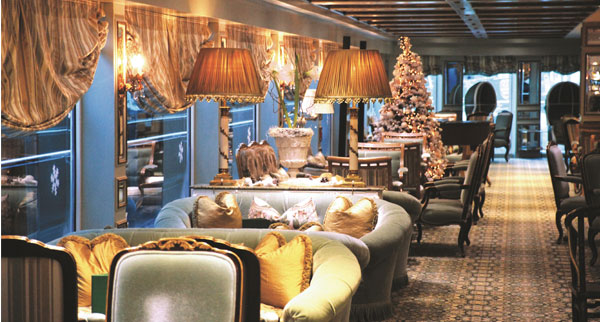 When launched, Antoinette redefined much of the river cruise sector, with lots of firsts – a cinema and indoor swimming pool among them – that have gone on to be replicated by countless other river cruise lines.

Another feature unique back in 2011 but also now commonplace on the rivers is the retractable windows in staterooms which, at the click of a switch, turn cabins into an open-air balcony. The snowy conditions of December meant this wasn’t a feature I used often, but on a summertime Rhine sailing it would definitely be an added bonus, especially since balconies are a rarity in the river cruise world. To give it even more of a balcony feel, most cabins also have a seating area by the retractable window.

The three-deck ship has 77 cabins, include eight suites and one Owner’s Suite. Each is lavish, with ornate furnishings all matched to the colour scheme of that stateroom, and the over-the-top nature continues into marble and mirrored bathrooms.

As with most river ships, Antoinette has one main dining room, Salon du Grand Trianon, which serves breakfast, lunch and dinner. The first two are self-service from a central buffet, while dinner is ordered from a menu that changes daily. The vino lovers among us need not fear, the wine is free-flowing (the ship is all-inclusive when it comes to alcohol, and to most things, in fact) and tends to match the destination the ship is cruising in.

Guests staying in a suite or the Royal Suite are also invited to a special culinary experience on the top deck. L’Orangerie, also known as the Sky Lounge, is open to all for light breakfasts and lunches and wine talks, but in the evening is by invitation only for repeat guests or those in the highest category staterooms. L’Orangerie is a retractable dining venue which can be collapsed when the ship is sailing under a low bridge – all part of this vessel’s clever design. 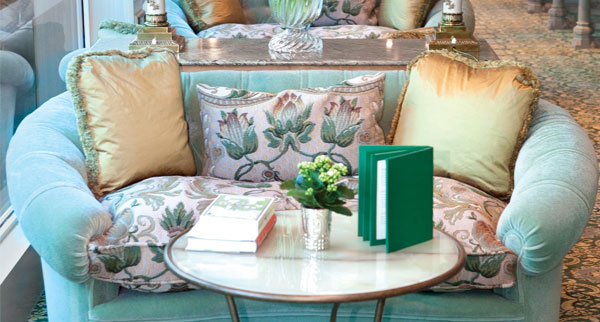 A big plus for this ship is the two bars – both offering a completely different experience. Salon du Trianon tends to be busier during the day as its panoramic windows make it the perfect place to sit and watch the world go by. On my Rhine cruise, it was where guests sat and listened as a guide highlighted countless German castles, landmarks and vineyards, while we travelled upstream from Cologne to Strasbourg.

The giant mulled wine dispenser became a popular attraction in the Salon, particularly when cold guests returned to the ship from sightseeing or Christmas market shopping. There’s no better way of warming up than with a gluhwein and a gingerbread biscuit – bliss.

After dinner, guests keen to relax would return here, but for those looking for something a little livelier, the Leopard Bar was the place. Located at the back of the ship and decorated with animal print throughout, this trendy bar wouldn’t look out of place in a London club. It was in the Leopard Bar that I had the most fun – singing and dancing to the band and laughing for hours with other guests.

After spending our first night docked in Cologne, we ventured into the city on a guided tour, ending, of course, in one of Cologne’s many Christmas markets. These tend to run from the end of November until a day or two before Christmas.

It’s hard not to be caught up in the joy of Christmas when aromas of hot chestnuts, freshly baked treats and mulled wine are all around. The centrepiece of the main Cathedral market is a 25-metre Christmas tree, lit up by 50,000 LED lights – it was here I began my countdown to Christmas.

Next on the list of destinations was Rüdesheim – probably my favourite port of call of the sailing. Its cobbled streets are filled with beaming, twinkling lights and there’s no part of town not overtaken by the sprawling 124-stall market. 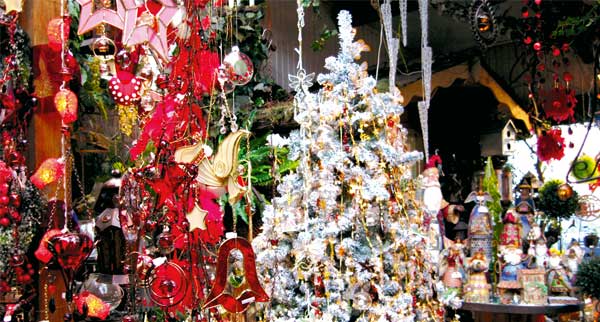 It is also said to have the largest depiction of the nativity scene in Europe, our guide tells us, with life-sized figures of Jesus, Mary and Joseph. All German towns and cities seem to do Christmas well, but this pretty fairytale-like town is up there with the best of them.

Koblenz, on the other hand, didn’t have anywhere near as big an array of stalls (probably a good thing, as I’d already spent way too much on decorations by this point), but the city’s historic buildings and interesting past more than made up for it.

Leaving Antoinette full of festive cheer and spirit certainly set me up for a magical Christmas, and my Christmas tree ended up looking more glorious than ever before.

Uniworld is offering savings of up to £800 per couple on Christmas markets sailings this year if booked by June 30. The line has four festive cruises along the Rhine, Danube and Main. To get guests feeling even more festive, there’s a range of Taste of Christmas tours, which include tasting festive treats on the charming streets of Koblenz, pretzel-making classes in Wertheim and mulled wine tasting in Durnstein.

Prices for an eight-day sailing start from £1,979, or £1,579 including an early‑booking discount.