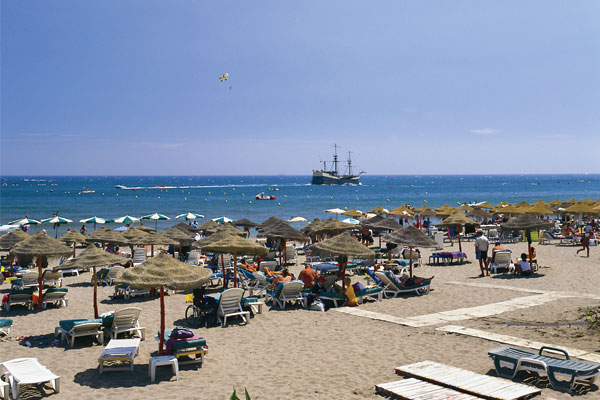 Take a fresh look at this Spanish coastline with Annie Bennett’s resort-by-resort guide.

Stretching for 100 miles along the coast of Malaga province, the Costa del Sol has been attracting British holidaymakers for more than half a century.

You might think we would be tired of it by now, but tourist numbers were higher than ever in 2015 – a record that is set to be broken again this year.

The Costa del Sol – along with other destinations perceived as ‘safe’ in mainland Spain, the Balearics and the Canary Islands – has of course seen a huge increase in interest as a result of the unstable situation in other countries. According to Abta, bookings to Spain are up by 26% for this summer.

The Costa del Sol has been striving continually to keep up to date with developing tourism trends – with varying degrees of success. An average of 320 days of sunshine a year is not enough to draw visitors back again and again.

Yet it seems the demand is there. Thomas Cook offered holidays to the Costa del Sol from 1950 until 2012. Now, after a four-year break, it has decided to bring the destination back for next summer. Chris Mottershead, managing director for Thomas Cook UK & Ireland, says: “During our break from operating charter flights to Costa del Sol we received strong customer demand for the destination, which has resulted in the reintroduction for summer 2017.”

Hotels are raising their game, and an important development this year is the legal requirement for self-catering accommodation to be registered, which gives hotels a fairer chance to compete.

Neil Hesketh of Spanish Approach, a marketing company based on the Costa del Sol, says: “The Costa del Sol has seen an upgrading of its product in recent years – there is now a better quality of accommodation and new attractions in line with contemporary tastes. An improved road network has made the historic cities and natural beauty of inland Andalucia more accessible, making it more attractive as a year-round destination.” 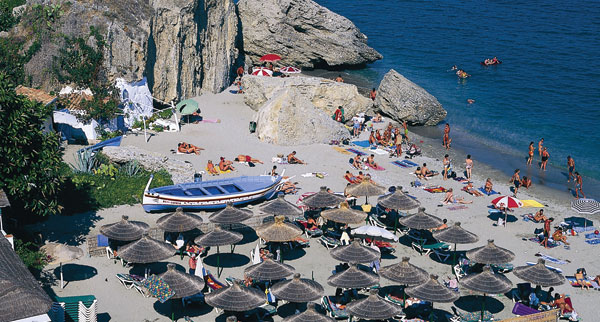 At the eastern end of the Costa del Sol, on the border with Granada province, the pretty resort of Nerja remains low-key even though it has been well established for four decades – making it a good choice outside high season.

Although a favourite for families, it also attracts older people looking for a quieter kind of holiday and is very popular with Germans and Scandinavians as well as British visitors.

Nerja is a good base for exploring by car, with whitewashed villages and mountains a short drive away. There is more self-catering accommodation than hotels, with a lot of smaller three and four-star options. Older hotels are being remodelled, such as the Riu Monica, which relaunched this season as adult-only with a stylish contemporary look. 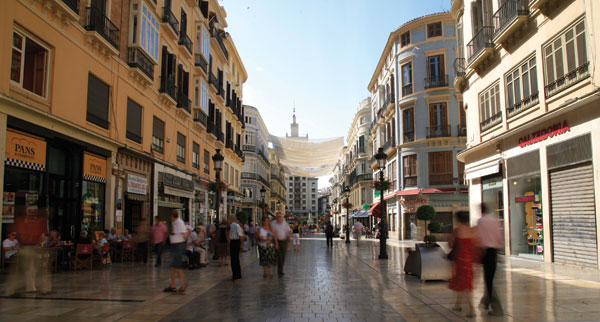 The capital of the province has undergone an astounding renaissance since the Picasso Museum opened in the city in 2003. This was followed by several more art venues including the Carmen Thyssen Museum and the Pompidou Centre, which have created a cultural scene that is attracting visitors year-round.

Some add Malaga on to a Costa del Sol beach holiday; others visit for a city break in its own right, which is made easier by the vast range of flights available from UK airports.

There are lots of new gastrobars, restaurants and shops in the pleasant city centre, much of which is pedestrianised. The Muelle Uno waterside development has opened up the port area, which is an increasingly popular cruise stop – with the advantage that passengers can walk off the ship straight into the city centre.

The five-star Gran Hotel Miramar, in a palatial art nouveau building overlooking the Mediterranean, is set to open in autumn 2016 and will be Malaga’s first truly luxurious hotel. 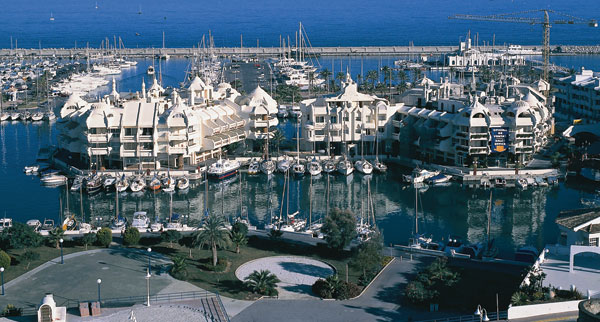 In recent years, Torremolinos has relied a lot on the Spanish market and cheap deals for seniors to fill its ageing hotel stock, while neighbouring Benalmadena has remained popular with British visitors looking for budget holidays.

Change is under way, however. The dynamic new mayor in Torremolinos has instigated measures including pedestrianisation of the centre and a range of cultural activities.

The resort’s image as a gay‑friendly destination is also getting a boost with new investment and promotion, while a massive shopping and leisure complex has just been given the green light next to the town centre.

A decade or so ago, Benalmadena and Torremolinos started landscaping the old coastal motorway, taking advantage of the opening of the inland bypass, and the result is a pleasant dual carriageway with gardens and fountains that will surprise many who remember the busy coastal strip of the 1980s and ’90s. 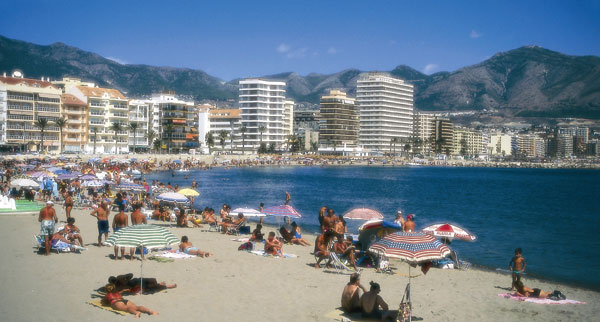 Although it has been popular with British tourists for nearly half a century, Fuengirola has managed to retain a genuine Spanish feel – in some of the town, at least – and offers accommodation types to suit everyone.

Los Boliches at the eastern end is quieter with a substantial community of British and Scandinavian residents. Fuengirola also benefits from a direct train link – via Benalmadena and Torremolinos – to Malaga airport.

The zoo consistently ranks as one of the best family attractions on the Costa del Sol, while the new La Galería gourmet market, in the heart of the town, is a sign of the resort’s modernisation. 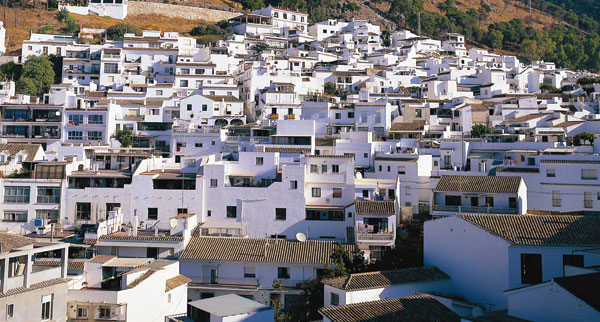 The white village of Mijas in the hills above Fuengirola has weathered very well despite its fame as the bus excursion to “the market in the mountains” of 1960s package tours.

It is still a magical place to wander around the lanes and take in views back towards the coast. Mijas Costa, the eight-mile coastal strip between Marbella and Fuengirola, is an area of midmarket hotels and apartments with a substantial resident British population.

There is a range of easily accessible golf courses, while a new four-mile boardwalk promenade, which will soon be extended to Marbella, is always busy with walkers and runners, as the Costa del Sol is increasingly seen as a year-round outdoor fitness destination. 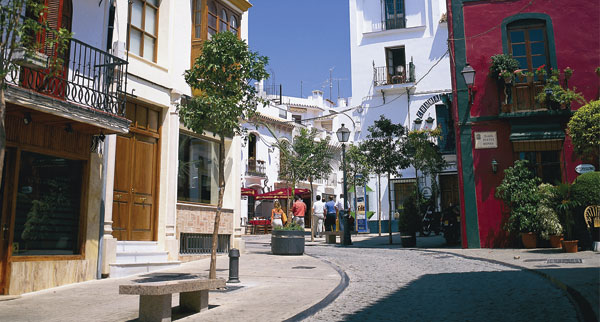 These resorts have bounced back from recession and political scandals, becoming more popular than ever with holidaymakers looking for a bit of glitz.

The filming of the popular series The Only Way is Essex in Marbella and Puerto Banus has put them right back in the spotlight with the already strong UK market, with upmarket beach clubs along the coast proving particularly successful – and not just with the younger end of the market either.

The well-kept, authentic Spanish chic of Marbella’s old town, where there is a cluster of boutique hotels, adds to the appeal, and premium brands are once again opening stores; indeed, after Barcelona and Madrid, Marbella has the highest luxury goods sales in Spain.

The Puente Romano, between Marbella and Puerto Banus, is one of the most iconic high-end hotels but is certainly not taking its position for granted. It added a Six Senses spa last year and is also now one of the top gastronomic hotels in Spain. Dani García’s two-Michelin-starred restaurant and his less formal yet superb Bibo are just two of the options on the glamorous plaza at the heart of the hotel. Guests have access to the Marbella Club and El Higueral golf courses a short drive way. 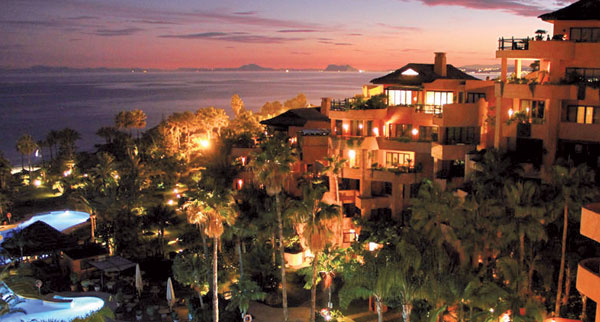 While Estepona is an established family resort, it is still very much a characterful town, with flowers tumbling from brightly painted pots along lanes of whitewashed houses. The strip between Estepona and Marbella, including the coastal area of Benahavis, is now known as the New Golden Mile, a trend started by the stylish Kempinski Hotel Bahía.

Several hotels have changed hands and have been revamped in the past couple of years. They include the five-star Healthouse Las Dunas, which focuses on weight-loss programmes and is indicative of the increasing trend for upmarket health-orientated holidays. The Iberostar Costa del Sol opened in March after a €2 million refurbishment on El Saladillo beach on the Benahavis coast, with a fresh new look that includes the chic Sea Soul restaurant and a beach club that would not look out of place in Ibiza.

Norwegian has added routes to Malaga and Alicante from Manchester, with one-way fares from £35.

Chris Chaplow, founder of specialist site Andalucia.com “Tourists are now making shorter, more frequent visits. In line with this, apartment and villa rentals have increased as people become more familiar with particular areas. While beach holidays are still the biggest attraction and the Costa del Sol is popular for out-of-season golf breaks, there are now far more specialist options, including activities, courses, shopping and visits for medical purposes.”