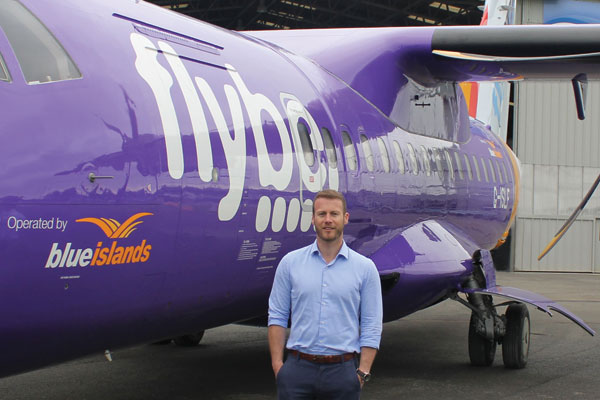 The first flight by an aircraft in Flybe livery began operations this week.

Existing Blue Islands’ passengers’ bookings have been transferred to the new Flybe services.

“By becoming Flybe’s third franchise partner, travel to and from Guernsey and Jersey will become even more convenient thanks to the quick and easy through-connectivity offered through Flybe’s extensive UK and European network, benefitting Channel islanders and visitors alike.”

He added: “All bookings for Blue Islands-operated services can now be made through flybe.com.

“All our flights now operate using Flybe flight numbers and we have commenced our aircraft repainting programme which will see four of our five ATR aircraft sporting the distinctive Flybe livery.”

“Through the services they offer, we look forward to bringing the world to the islands’ doorstep, providing customers with increased efficiencies and access to a greater choice of UK and European connections.”