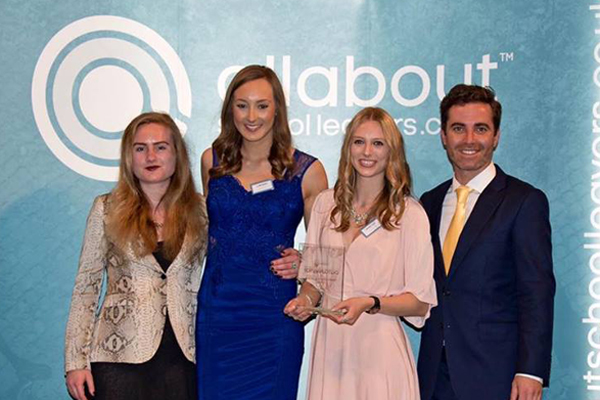 Tui UK & Ireland has ben ranked as the UK’s fourth best employer for school-leavers out of 100 businesses.

The Thomson and First Choice parent company was rated as best for skills development and top employer in hospitality and tourism in the fourth annual Top 100 Employers for School & College Leavers Awards.

Tui was recognised for its school-leavers scheme which was introduced in 2012.

School-leavers on the scheme complete a two-year rotation of roles within the commercial division, which gives them experience ranging from pricing hotels and flights to the launch of new resorts, before receiving a nationally recognised qualification upon completion.

A total of 80% of those involved in the programme have been retained in permanent roles.

The company is actively expanding its school leaver programmes and developing strong accredited links with apprentice schemes as they become a credible alternative to more traditional further education.

Following the ceremony – run by AllAboutSchoolLeavers.co.uk – Caroline Kitcher, Tui UK & Ireland HR director, said: “This is a fantastic achievement, and one we are very proud of as it is a testament to the hard work of all involved in our school-leavers scheme.

“To be named among the best in the UK based on the feedback of colleagues who have worked with us day-to-day speaks volumes about what it is like to be part of the team at Tui.”