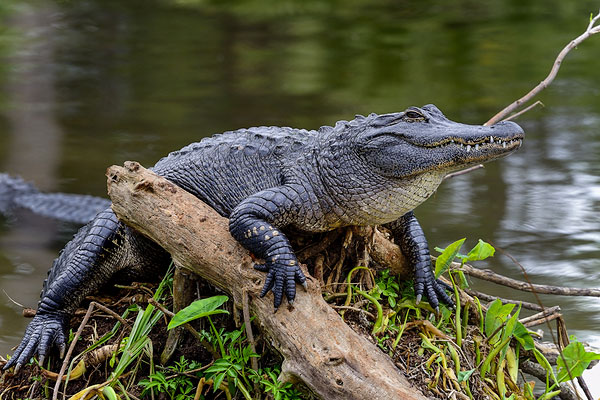 Walt Disney World faces the prospect of a multi-million dollar claim after a toddler was killed in an alligator attack while paddling at the Florida theme park.

The company has been questioned over why it failed to warn guests of the risk from wild alligators at its waterfront resorts.

Disney said it would review whether to make the no-swimming signs at the Seven Seas Lagoon more explicit after two-year-old Lane Graves was snatched by an alligator at the Grand Floridian Resort and Spa in Orlando and drowned.

Matt Morgan, an Orlando lawyer, predicted that there would be a multimillion-dollar settlement for wrongful death, the Times reported.

“Every parent across America has had this family’s nightmare running through their minds and it’s heartbreaking to think that this may have been a preventable tragedy,” he said.

Forensic investigations were being conducted yesterday to determine whether bite marks on the child matched the teeth of any of the five alligators that were killed by wildlife officials during a 16-hour search for his body.

State policy dictates that a wild alligator that attacks a human has to be removed from the environment.

Disney operates its own “nuisance alligator” management programme, and is permitted by the Florida Fish and Wildlife Commission to kill alligators that it considers a risk to guests.

In 44 years the company has had only one other alligator incident, when in 1986 a boy aged eight was bitten on the legs at its Fort Wilderness camp ground. In that case, the boy survived.

The toddler’s death raised questions about Disney’s potential liability; whether it had taken sufficient measures to protect guests and whether the alligator that killed the child was known to have been in the lagoon.

“Any case would focus on what Disney knew and when they knew it,” Morgan told the newspaper.

“There have been reports that guests were feeding the alligators on the beach where the boy was taken. It’s common sense that if alligators are fed on a continuing basis that they will return.

“If evidence supports that Disney were aware people were feeding them and didn’t erect a fence or warn of the potential of alligators to come on to the beach, that’s going to be a factor.”

He added that any lawyer for the family would seek to establish whether Disney made a “business decision” not to warn guests about alligators to make the environment aesthetically pleasing.

The boy’s parents, Matt and Melissa Graves, were preparing to return to Elkhorn, Nebraska, with their daughter, Ella, four, yesterday.

George Kalogridis, president of Walt Disney World, said: “There are no words to convey the profound sorrow we feel for the family and their unimaginable loss. We are devastated and heartbroken by this tragic accident and are doing what we can to help the family.”