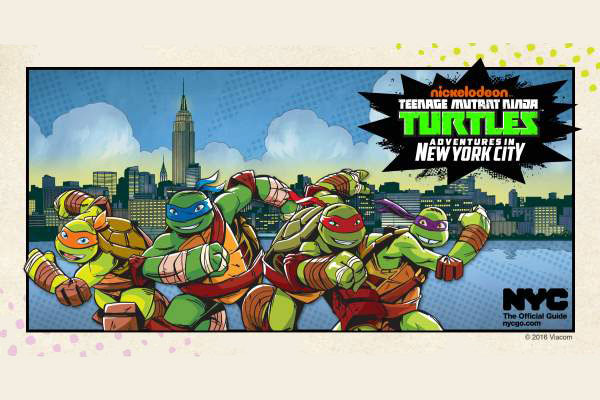 New York is targeting families and tech-savvy travellers with a new tie-up with the Teenage Mutant Ninja Turtles and plans to offer free Wi-Fi throughout the city by 2019.

The LinkNYC project will replace 7,500 payphones across the city with “links” offering free Wi-Fi, phone charging and a tablet for searching for information about the city. Currently in beta-testing, the project will be advertiser-funded.

Speaking at the IPW conference in New Orleans, NYC & Company chief executive Fred Dixon described data as an essential “like air and water” and joked: “For the first time, visitors will be untethered from the Starbucks and will be able to get out of their hotel lobby.”

His comments came as the city announced that preliminary UK visitor numbers for 2015 stood at 1.192 million and were forecast to increase to 1.227 million this year.

He said: “There has been some softening in the business market, so this has been driven by leisure visitors. We have obvious concerns about currency fluctuations as that affects spend, but we are certainly not seeing any effect in terms of numbers of visitors.”

The tie-up with Nickelodeon’s Teenage Mutant Ninja Turtles involves the creation of marketing material including a comic where the heroes visit different areas of the city’s five boroughs.

New family attractions include National Geographic Times Square: Ocean Giants, a digital walk-through “underwater adventure” which is due to open in 2017, and a major development in Staten Island which will also open next year and will feature an observation wheel on the north shore.