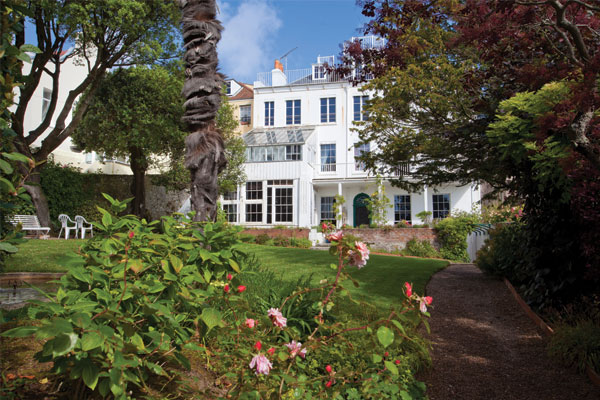 Kicking back with a good book is as much of a holiday ritual as scouting out sun, sea and sand, allowing for some much-needed escapism and me-time.

For real bookworms, a literary escape offers the perfect excuse to enjoy a break while indulging their imagination by delving into the world of a great author.

Whether it’s a tour of the location that inspired their favourite novel, a trip to a literary museum or even a stay in a house where a famous writer once lived, these bookish breaks are bound to leave clients feeling inspired. 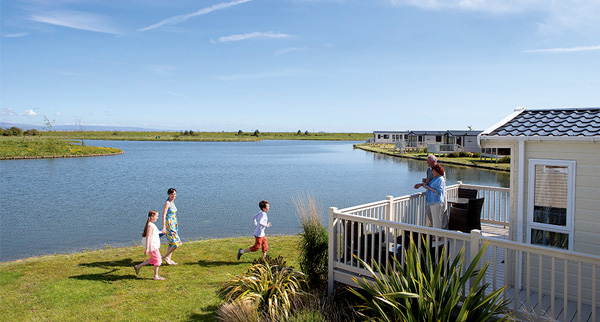 Peter Rabbit, Jemima Puddle Duck and Mrs Tiggy-Winkle owe their origins to the rugged, unspoiled landscapes of the Lake District, where their creator Beatrix Potter used to holiday as a child.

Hawkshead was the setting for Johnny Townmouse, Squirrel Nutkin sailed on Derwent Water, and Potter bought 17th-century farmhouse Hill Top with the proceeds from The

Tale of Peter Rabbit. This year marks the 150th anniversary of the birth of the children’s author, so there’s no better time for clients to explore the area’s awe-inspiring scenery, making stops at the World of Beatrix Potter attraction, Potter’s former home Hill Top or the Beatrix Potter gallery in Hawkshead along the way.

BOOK IT: Haven offers a week’s stay at Lakeland in the Lake District from £349, based on up to four sharing a standard two-bedroom caravan, for selected dates in July and August. haven.com 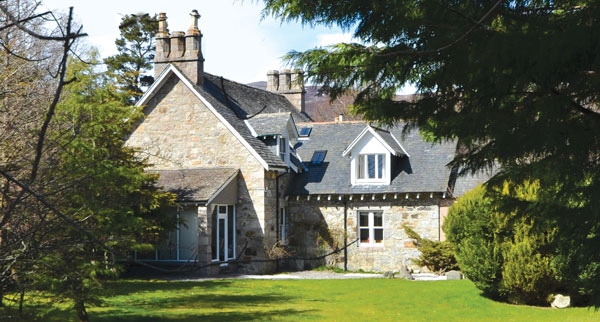 On a rainy afternoon in July 1881, Robert Louis Stevenson sat down with his stepson Lloyd at the family cottage they were renting in Braemar, Scotland. Together they drew a map of an island, with Stevenson adding names and a location for buried treasure. After Lloyd excitedly asked for a story about the island, Stevenson obliged, penning 15 chapters of his legendary Treasure Island in the cottage in so many days.

Clients can settle down in the same traditional stone cottage that Stevenson once did, and read the evocative tale of buccaneers and buried gold for themselves.

Adventurers are well-placed to explore the surrounding area, and even hunt out treasure of a different kind at the Queen’s Scottish retreat of Balmoral.

BOOK IT: Prices for a week’s stay at Treasure Island Cottage start from £315 per week with Unique Cottages. uniquecottages.co.uk 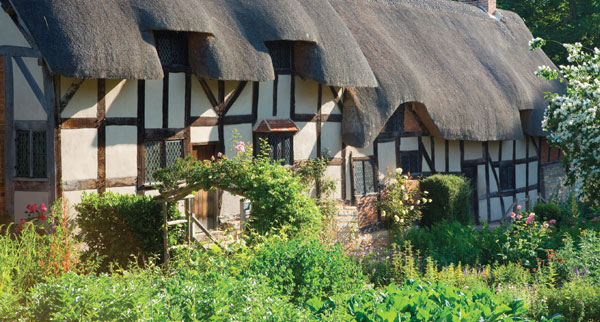 This year marks 400 years since the death of William Shakespeare, giving fans of the Bard the perfect excuse to visit his famed birthplace, Stratford-upon-Avon.

The quintessentially pretty English town is home to the internationally renowned Royal Shakespeare Company – where theatre lovers can catch one of Shakespeare’s plays – and five beautifully preserved houses which link back to Shakespeare and his family.

After a morning visit to the playwright’s birthplace and the pretty thatched cottage of his then bride-to-be, Anne Hathaway, clients can spend an afternoon cruising down the River Avon, or channelling The Merchant of Venice with a gondola ride.

BOOK IT: SuperBreak offers a Shakespeare’s Houses pass package, which entitles visitors to see three of the five historic Shakespeare’s houses, plus two nights’ B&B accommodation at Ettington Chase hotel and complimentary dinner on the first night, for £93 per person. superbreak.com/agents 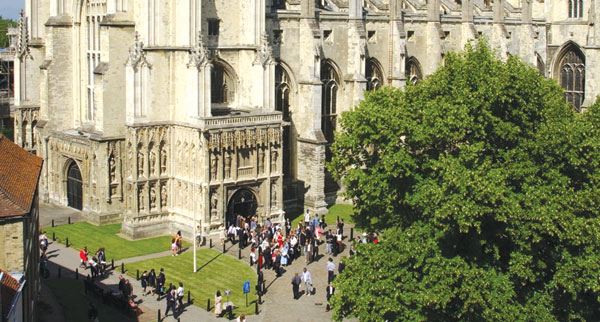 Clients can meet the Wife of Bath, the Miller and even Geoffrey Chaucer himself at St Margaret’s Church in Canterbury, home to the excellent Canterbury Tales attraction.

The interactive tour through Chaucer’s Canterbury allows clients to experience the sights, sounds and smells of the poet’s medieval England, ending at the shrine of St Thomas Becket.

Canterbury makes an enjoyable day out for couples, but it’s also a great way to bring this tricky text to life for kids who are studying it at school, and there are plenty of family-friendly attractions in the vicinity to make it into a proper family break. Hoseasons features accommodation at Courthope Farm Bluebells Stable, less than half an hour’s drive from

Canterbury; set in 120 acres of forest, it has an on-site farm for kids to explore and its own hot tub (prices from £300 a week).

BOOK IT: Belmond offers a Historic Canterbury rail journey, which includes brunch with bellini, a guided walking tour of Canterbury and admission to the cathedral, from £250. Belmond.com 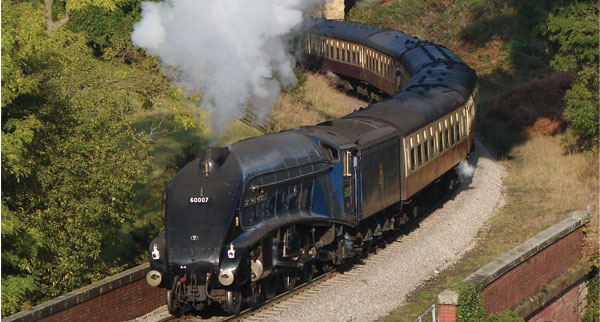 A visit to the windswept, heather-cloaked moors that link the West Yorkshire and East Lancashire Pennines leaves little doubt as to why the region inspired the Brontë sisters to write such classics as Wuthering Heights, Jane Eyre and The Tenant of Wildfell Hall.

Brontë Country, as the area is now known, includes the village of Haworth, where Emily, Charlotte and Anne lived; Top Withens, the crumbling farmhouse and supposed setting of Wuthering Heights; and Thornton, on the outskirts of Bradford, where the Brontë sisters were born.

The most popular literary attraction in the area is the Brontë Parsonage Museum, where the sisters once lived and wrote. The museum is still furnished as it was when the family lived there and includes the mahogany dining room table where the sisters used to sit and write and, albeit rather morbidly, the green sofa upon which Emily died.

BOOK IT: Rail Discoveries offers a five-day Yorkshire by Steam journey, which includes trips to Harrogate, York, Haworth and the Brontë Parsonage, from £325. raildiscoveries.com 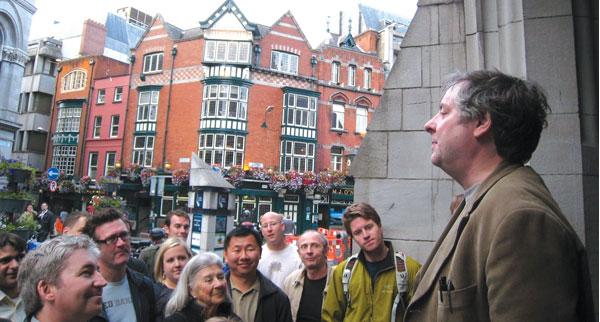 While some UK locations have become synonymous with a single author, others have spawned countless greats. Dublin is a city with literature at its heart, having been home to some of the world’s most acclaimed authors including James Joyce, Oscar Wilde, Samuel Beckett and George Bernard Shaw, and it was rewarded for its literary connections by being named a Unesco city of literature in 2010.

Viator has a two-hour literary tour that pays homage to some of those who put pen to paper with a walk through Dublin’s charming streets, including pit stops for beer from local pubs along the way and culminating in a literary pub quiz.

BOOK IT: Viator offers a two‑hour Dublin Literary Pub Crawl, including a guided walking tour and a literary quiz with prizes, for about £10.40. viator.com 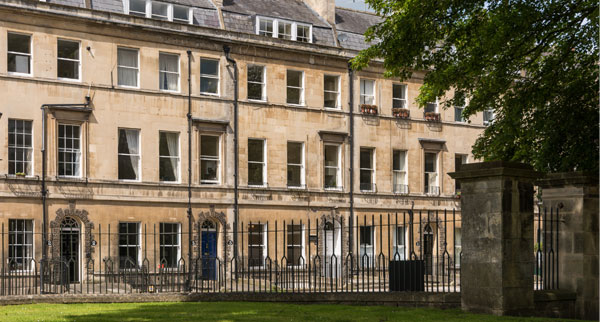 Jane Austen lived in Bath for five years and the city greatly impacted her life and novels, with both Persuasion and Northanger Abbey set there.

Austen fans should start their pilgrimage at the Jane Austen Centre, where they can discover what it would have been like to live in Regency times, and even re-enact scenes from their favourite books by raiding the exhibitions’ dressing-up boxes.

Clients visiting from September 9-18 can catch the Jane Austen festival, with a line-up that includes the Country Dance Ball at the Pavilion and the famous Masked Ball at the Pump Rooms.

To go one step further, Austen lovers can stay in the writer’s former home, which has been transformed into four luxury apartments, available to rent through Bath Boutique Stays.

BOOK IT: Saga’s A Celebration of Words and Music by Jane Austen tour departs in September 2017 to commemorate the 200th anniversary of Jane Austen’s death. It goes on sale on July 1, priced from £499. saga.com 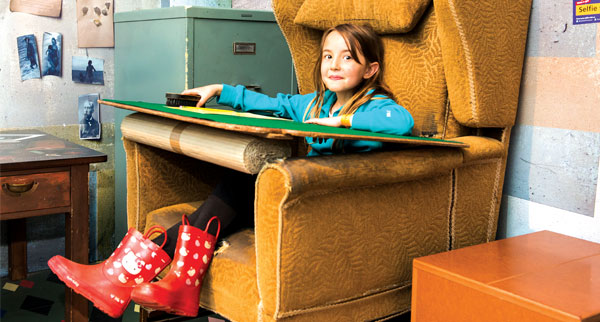 For an absolutely squiffing family day out, head to Buckinghamshire to discover the magic of the county where Roald Dahl settled.

This year marks the centenary of his birth, and the Roald Dahl Museum and Story Centre in Great Missenden will be hosting special celebrations on Roald Dahl Day (September 17), alongside year-long exhibitions in his honour. You can also visit Roald Dahl’s Children’s Gallery in the nearby town of Aylesbury, which boasts its own great glass elevator.

Families have twice the reason to visit this year as July 2 marks Aylesbury’s annual Roald Dahl festival. The theme is The BFG, so kids can look forward to seeing their favourite characters from the book marching through the streets in the annual parade.

Children’s Gallery and Bekonscot Model Village & Railway, the inspiration for Noddy’s Toy Town village, from £370 for a family of four, including B&B accommodation. ffestiniogtravel.com 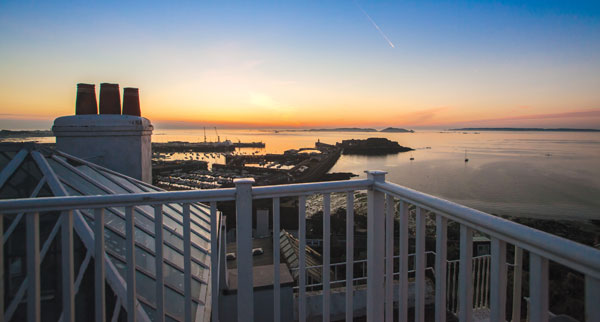 Guernsey provided Victor Hugo with the refuge he so desperately needed after being exiled from France, Belgium and Jersey, and for this he held it dearly, dubbing it a “rock of hospitality and freedom”.

The poet and author fell in love with the beautiful island that became his home for more than 15 years, and it provided the inspiration for novels including Les Misérables and Toilers of the Sea.

Hauteville House, his eclectically decorated home on the island, provides a fascinating insight into the author’s world. Clients shouldn’t miss the Crystal Room, his writing room that looks out across St Peter Port and towards his homeland, France. The island boasts three walking tours, which will take clients to some of Hugo’s favourite spots including Victoria Tower, which is etched with the initials of the author and his secret lover, French actress Juliette Drouets.

BOOK IT: Premier Holidays offers a four-night Guernsey break, staying at the Marton Guest House, from £279 from Gatwick or Southampton, valid for travel from July 1 to September 30. trade.premierholidays.co.uk 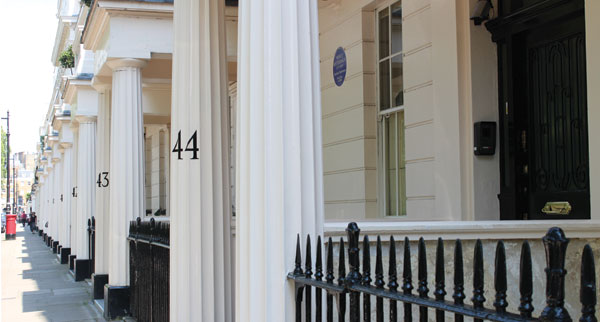 “The air of London is sweeter for my presence”, the mighty Sherlock Holmes once said, and he wasn’t wrong: the detective is one of London’s most iconic literary figures. The capital plays a pivotal role in Sir Arthur Conan Doyle’s famous books, and also in the modern day retelling of the stories in the form of BBC series Sherlock and the Hollywood film adaptation starring Robert Downey Jr.

Sherlock buffs can grab their deerstalkers and head to Baker Street, where they’ll be greeted by a bronze statue of the famous detective at Marylebone tube station. The fictional home of Mr Holmes and his friend Dr Watson at 221b is replicated at the Sherlock Holmes Museum, which has created Holmes’s famous study as described by his books.

Other spots on the Holmes hit list include The Sherlock Holmes pub in Charing Cross, which features in The Adventure of the Noble Bachelor, and Holmes’s favourite restaurant, Simpson’s-in-the-Strand.

BOOK IT: Attraction World offers a Sherlock Holmes Walking Tour of London that visits locations from the books, and from the BBC and film adaptations, from £12 or £10 per child under 15. attractionworld.com