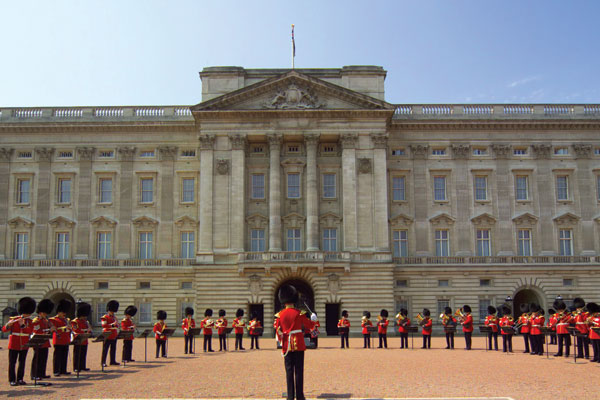 The capital is bursting with fun attractions for all the family, finds Aby Dunsby

‘“When a man is tired of London, he is tired of life,” English author Samuel Johnson once said – but what he forgot to mention is that it’s almost impossible for kids to tire of our wonderful capital, too.

Whether it’s a ride aboard a red bus or a jaunt to Buckingham Palace to see the changing of the guard, a trip to London is a great way for children of all ages to embrace London’s traditions, while its many museums and galleries mean they’ll be learning something along the way.

Add the capital’s countless attractions, restaurants, hotels, shows and events into the mix, and you have a city so jam-packed with family activities that clients are spoiled for choice. Nathalie Cornish, product manager at Osprey Holidays, says: “I always think it’s a great idea to take advantage of the bank holidays and treat the kids to a weekend stay in London. From The Lion King show in the West End to a trip on the London Eye, a well-planned couple of nights away will be all you need to keep them fully entertained and enjoying London as much as parents do.”

We’ve rounded up the city’s newest and best family attractions to make visiting London a breeze. 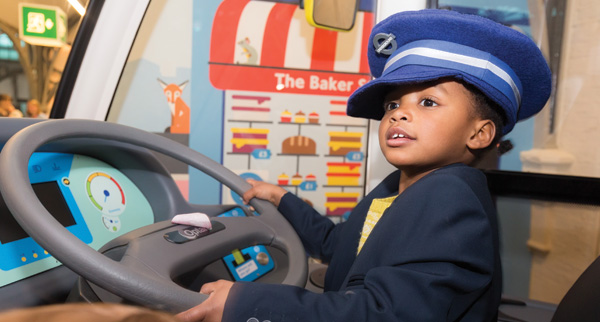 For tots in tow

The bustle of the Big Smoke might not seem suited to little tykes, but the city’s abundance of parks, play centres and attractions dedicated to crawlers and toddlers means there’s plenty for young families to enjoy.

Naturally inquisitive little ones are far more impressed with doing rather than watching, so suggest a museum that offers a hands-on experience.

The Science Museum’s interactive gallery The Garden combines water, light, sound and flying saucers for hours of educational play (for ages three to six). The venue’s Pattern Pod is another multi-sensory area for under-eights to trace symmetrical images using touchscreens. Entry to both galleries is free.

If the thought of jumping on the 23 bus with kids is too much for new parents, they can simulate the experience at the London Transport Museum. In its new All Aboard family zone, children under eight can get in the driver’s seat of a real bus, dress up as a station announcer, or repair a mini Tube train. During school holidays, the museum runs special activities including singing and story sessions, plus kids under 17 go free all year.

For mini animal-lovers, SuperBreak suggests a trip to London Zoo. New this year is Land of the Lions, where clients can get closer than ever to Asiatic lions, of which only 400 remain in the wild. School holiday queues can detract from fun time, so skip-the-line tickets are a good option, priced from £19 with Viator. 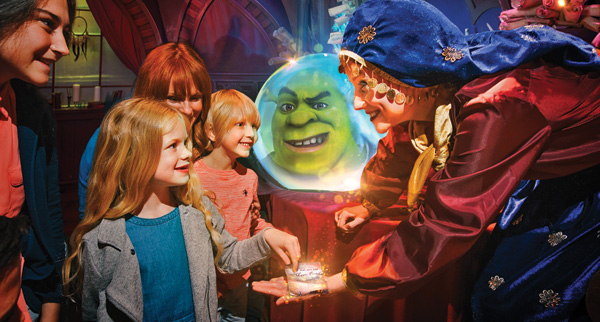 Continue the fun on the London Eye, metres away from the Aquarium. It allows unbeatable 360-degree views of London landmarks including Big Ben, Buckingham Palace and St Paul’s.

Also nearby is DreamWorks’ Shrek’s Adventure, a must for fans of the ogre, bringing the world of Shrek to life with 10 live shows and a 4D ride crammed with dramatic special effects.

If Harry Potter is more their thing, kids will love seeing how the magic is made on the Warner Bros Studio Tour. The Making of Harry Potter lets visitors explore a treasure trove of sets, props and costumes used in the films, learn about special effects, and hunt for the Golden Snitch (priced from £55 per adult or £50 per child aged five to 15 with Attraction World, including transport from central London).

Adventurers can take to the water on a River Rover hop on, hop off city cruise, a unique way of getting around the capital. SuperBreak sells city boat cruises with unlimited travel between piers at Westminster, the London Eye, Tower Bridge and Greenwich. 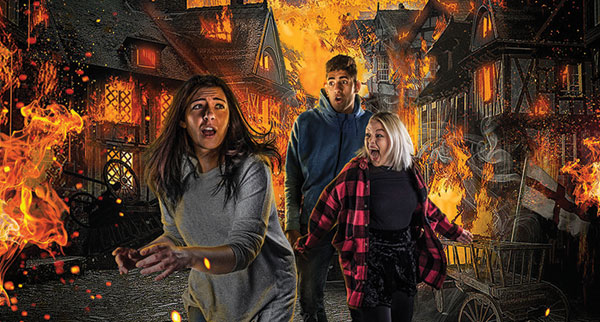 Adding an extra dose of adrenaline that’ll keep hard-to-please teens entertained, clients can channel James Bond on a Thames RIB speedboat. The Canary Wharf Experience hurtles past iconic buildings including MI6, Shakespeare’s Globe, the Shard and the Tower of London in just 50 minutes – handy for seeing the sights in record time (£40 for adults, £28 per child).

There are more thrills at the London Dungeon, where multi-sensory show Escape the Great Fire of London recreates the city’s famous disaster with actors and special effects (Attraction World has entry from £23 per adult and £18 per child aged four to 15).

Clients with less time on their hands should head to London’s West End: teens can check out the shops on Oxford Street and Carnaby Street, gawp at the flashing neon lights at Piccadilly Circus, and end the day at the theatre. The Lion King and Matilda remain firm family favourites, and Disney’s much-anticipated Aladdin opens next month.

Recommend those on a budget visit during Kids Week which, contrary to the name, now runs throughout August, letting kids go free to shows including Jersey Boys, Wicked and Thriller Live.

SuperBreak offers a night in a family room at the Royal National Hotel plus a Thames RIB Speedboat Canary Wharf Experience from £246 for a family of four in October half-term.
superbreak.com/agents

Osprey Holidays offers two nights at the four-star Novotel London City with flights from a UK regional airport from £450 per adult, based on four sharing a family room.
ospreyholidays.com

Virtual reality is all the rage, but the sort that requires clunky headgear to plunge into a parallel world seems quite a lonely experience. Kidzania, a ‘real’ mini world for kids, however, is virtual reality that can be touched and felt as well as enjoyed with friends.

We took our three children, aged 11, nine and eight to Kidzania in Westfield, Shepherds Bush. Straight away, it feels convincing, with an airport check-in-style reception, with boarding passes.

Inside, the scale impresses, with a very real-looking high street and a bewildering choice of activities, from reporting for the Kidzania Post newspaper, to being in the emergency services or working in a supermarket. Options continue on floor two, with the chance to be an airline pilot, report news on TV or try drumming and chocolate-making.

Many activities are sponsored by high street brands, adding to the sense of reality. Children also learn the value of work, earning Kidzania money to spend.

Our four-hour stint sped by, with not everything on the to-do list ticked off, leaving something for the next visit.