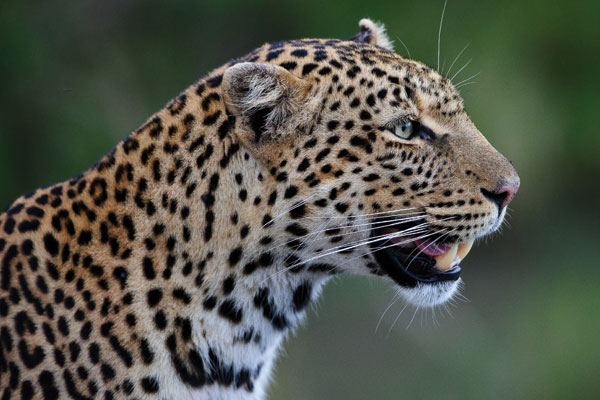 Get the lowdown on what to find in each of Kenya’s safari parks. By Emily Bamber.

If a client asks for a safari in Kenya, you’d be forgiven for immediately suggesting the Masai Mara, the country’s most famous national reserve.

Yet branch out and you’ll find the country boasts many other wonderful safari parks – vast areas of wilderness teeming with wildlife and ideal for birding, river safaris and adventure-seekers. Places where they can ride horses and camels, soar over plains in a hot-air balloon, then nip to the beach or the city afterwards.

So do you know your Tsavo from your Samburu? Read our handy guide to make sure.

The Masai Mara National Reserve contains some of the most iconic safari landscapes in the world. Wildlife viewing is exceptional with the highlights being the big cats – Maasai lions, African leopards and Tanzanian cheetahs – and the migration of wildebeest between the Masai and the Serengeti.

Wildlife tends to be most concentrated on the reserve’s western escarpment, as well as within the more exclusive private conservancies. Visitors are very likely to see the full ‘big five’ – buffalo, elephant, leopard, lion and rhino – and as well as traditional drives there are options for balloon flights and village visits.

Accommodation ranges from small, luxury tented camps to large lodges. The most exclusive options are found in the private concessions around the reserve, such as Ol Kinyei Conservancy and Naboisho. Flights to the Maasai Mara from Nairobi take around 45 minutes.

When to visit: July to October for migration, or the green seasons of April to June and November to January.

Where to stay: Porini Mara for exclusivity – it has just six tents and is the only camp in the Ol Kinyei Conservancy. porini.com

Angama Mara opened in 2015 on the edge of the Oloololo Escarpment with dramatic views through full-length glass windows. angama.com

The neighbouring parks of Tsavo West and Tsavo East make the largest combined wildlife-viewing area in Kenya. Tourism density is low, making it ideal for a remote wilderness experience. Guests will see herds of elephants tinged rust-red from the clay soil, along with rhino, buffalo, lion, leopard, hippo, crocodile and waterbuck.

Tsavo East is a two-and-a-half-hour drive from Mombasa and a two-hour drive from the coastal resort of Malindi, so combines well with those passing through the capital or on a beach holiday.

When to visit: Between May and October, when the weather is dry and pleasant.

Voyager Ziwani on the banks of the Sante River is ideal for watching hippos in the waters. heritage-eastafrica.com

A few days here is an absolute must for elephant-lovers – the park is home to around 1,600 and the sight of them walking across the dusty plains beneath the snow-capped peaks of Mount Kilimanjaro is memorable indeed.

Big cats live here in abundance too, and the park’s manageable size means guests are almost guaranteed to see them.

The park can get busy in the dry season, so for something more exclusive, suggest one of the communally owned ranches or private concessions around its borders.

Flights from Nairobi to Amboseli take around 45 minutes; driving takes two and a half hours.

When to visit: The dry season falls between July and October. The green seasons are April to June and November to January.

Where to stay: Amboseli Serena Safari Lodge is secluded by acacia trees, with uninterrupted views of Mount Kilimanjaro. serenahotels.com 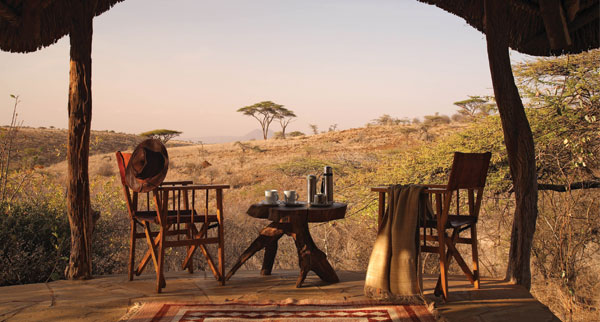 Popular with British royals and championed for its conservation projects, Laikipia is one of the most exclusive reserves in Kenya and has a lower density of tourists than others.

The park and its neighbouring conservancies, including Lewa and Ol Pejeta, are home to nearly half of the country’s population of black rhino, along with Grevy’s zebra, rare sitatunga, semi-aquatic antelope and big cats. Ol Pejeta also boasts wild dogs and other big game.

This is beautiful mountainous terrain, straddling the equator between Mount Kenya and the Aberdare Range on the eastern Great Rift Valley. It’s perfect for active safari-goers: they can ride horses through the Lewa Conservancy or camels through the quiet deserts in the north. Flights take 55 minutes from Nairobi.

When to visit: The long, cool-dry season between July and October, and the short, hot-dry season in January and February.

Where to stay: Ol Malo House, a family-operated ranch where groups can stay in an exclusive six-bed house. olmalo.com 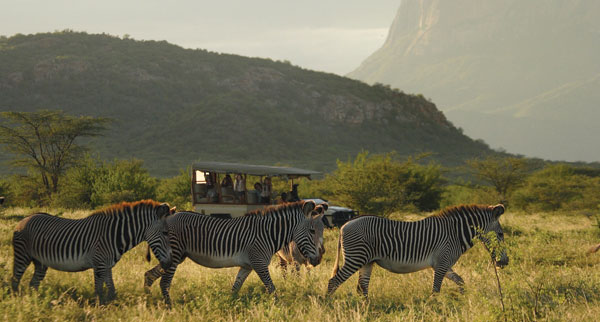 Suggest this park to repeat visitors – as well as the big five they will be in with a chance of seeing the elusive leopard and some really unusual species, including Grevy’s zebra, Somali ostrich, reticulated giraffe, gerenuk and the beisa oryx – dubbed the ‘Samburu Five’.

This park is also a great option for twitchers – 450 species of birds have been recorded here and most properties sit on the banks of the Ewaso Nyiro river, where birds and large mammals come to drink.

A visit to a Samburu village is also on the cards here, to learn about the semi-nomadic lifestyle of the people who live in this remote part of north Kenya.

When to visit: December to March and July to October are the dry months; rains fall between April and June and in November.

Where to stay: Elephant Bedroom Camp on the banks of the river has spacious tents with private plunge pools. atua-enkop.com

Kenya Wildlife Service has dropped VAT from park entry fees to spur tourism, with most now $60-$70 for adults. kws.go.ke

Hayes & Jarvis has a 10-night safari and beach holiday with time in the Masai Mara, Amboseli, Tsavo and Taito Hills, followed by three nights at the Diani Reef Beach Resort & Spa in southern Kenya. Priced from £2,359 including accommo–dation, flights and transfers departing October 8. hayesand jarvis.co.uk

British Airways has increased capacity on its London-Nairobi flights for this summer, with an extra 784 seats a week when it switches to a Boeing 747-400 for the peak period of July 1 to October 29, after which it will revert to a Boeing 777. ba.com

The Sanctuary at Ol Lentille in Laikipia has increased the size of its conservation area from 25,000 acres to more than 40,000 acres through a partnership with local communities. ol-lentille.com

Kenya has seen a 16.8% increase in international arrivals for January-March this year, and is now targeting more than 1.5 million visitors for 2016, which would represent a jump of 400,000 on last year. magicalkenya.com

“Kenya has some of the best game viewing in Africa, but there are other areas that offer different aspects and experiences, usually just a short light-aircraft hop away from the Mara or Nairobi. Samburu is famous for elephants and rugged scenery; Meru was the home of Elsa, the lion of Born Free fame; Laikipia is known for its colonial-era lodges; and Amboseli offers the backdrop of Mount Kilimanjaro. Then there are the lakes, Tsavo and Mount Kenya, and myriad alternative destinations offering everything from horse and camel-riding to walking safaris in remote areas.”