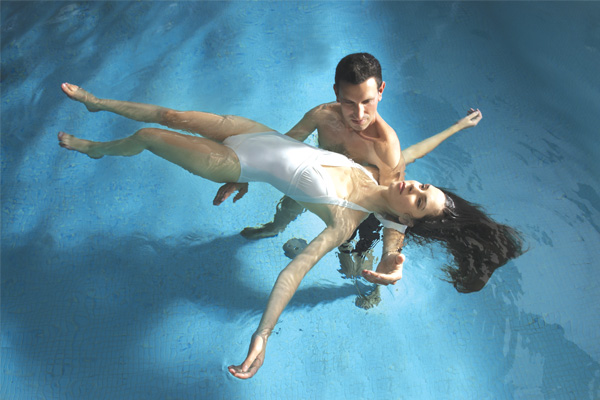 When I became editor of Aspire, it didn’t occur to me that I would ever consider my toilet habits as an acceptable topic of conversation – let alone the subject of an introduction to an Editor’s Pick.

But I’m afraid a recent trip means that few chats of late have been allowed to reach their conclusion without me boring on about macrobiotic food, why everyone should have pipes stuck up their bottoms, and the pros and cons of a seaweed wrap (for your body, not a sandwich).

The culprit for the onset of this verbal diarrhoea is SHA Wellness in Spain. But as I mention above – and I apologise for over-sharing – the positive side of my visit to this five-star hotel slash spa slash clinic is that the verbal form of this particular affliction is the only one I now need to worry about.

Around the same time that number twos became my new number one, the headaches that had gripped my cranium in a vice for 36 hours disappeared and my energy levels became Duracell bunny-worthy. I was walking around the place like a peacock in full mating mode convinced the special tea I’d been prescribed was a cocaine-based beverage.

What the hell is going on here, I pondered. You see, for two days I had been whingeing and moaning. Internally, of course: I’m too lily-livered to actually complain. No coffee, no Coca-Cola and no lasagne. Not even a little Robinsons squash to take the edge off. My diet was macrobiotic, which is a word worth Asking Jeeves about.

What sort of sick (as in unwell, not the modern use of the word as a replacement for wonderful or excellent often used by young people) holiday is this? Who are these white-coat torturers and why make the place so aesthetically pleasant and put it on a glorious stretch of Spanish Mediterranean coastline if you’re literally going to stick pins in people?

I used the word prison over supper on evening number two and was given a look similar to that my grandmother gave me when I said b*llocks as an eight-year-old. It’s not really anything like a prison; I apologise. No iron bars, no men with guns on watch towers and no barbed wire. But for the first couple of days I really wanted out. I wanted to sprint into town and down three cappuccinos with a side of KFC mega-bucket. I could have gone; nobody would have stopped me. But somehow I stopped myself.

And on day three I fell head-over-heels in love with my captors, Stockholm Syndrome kicked in and I wanted to stay forever. Essentially I handed over my body and trust to the clinic and they fed me, watered me, prodded, poked, stroked and pinned me. I wanted them to be in charge, for them to decide what I did and when, because the sad thing is that I can’t be trusted with my own body. Not many of us can. Left to my own devices I’ll ruin it. Bad eating and drinking choices, stress, lack of sleep – modern life leaves more and more of us failing to prioritise health. You probably don’t look after yourself properly and many of your clients don’t either. But there’s a growing sense that people want to but don’t quite know how yet. The speed of the growth in this sector suggests they’re working it out fast, so right now would be a genius time to get up to speed on wellness.

There’s a lot of science and clever people at SHA – more than 250 clever people, in fact – whose expertise spans the likes of nutrition, regenerative medicine, preventative medicine and lots of other long words. If you feel like you want to geek up and learn all about it, speak to SHA or to Wellbeing Escapes, who took me and the two agents you’ll hear from over the page. They would love to hear from you.

My job is to get you intrigued enough to want to know more. On page one of the SHA guest booklet it says: “Welcome to your new life.” And that is exactly what’s on offer. SHA was inspired by a man called Alfredo Bataller Parietta whose life was saved by a nutrition expert who now works in the clinic. Along with his family, Alfredo has been committed to sharing and spreading the knowledge that saved him – centuries of wisdom and the latest western medicine.

And aside from all that, it’s also a seriously nice hotel. But don’t just take my word for it: turn the page to see what the agents thoughts.