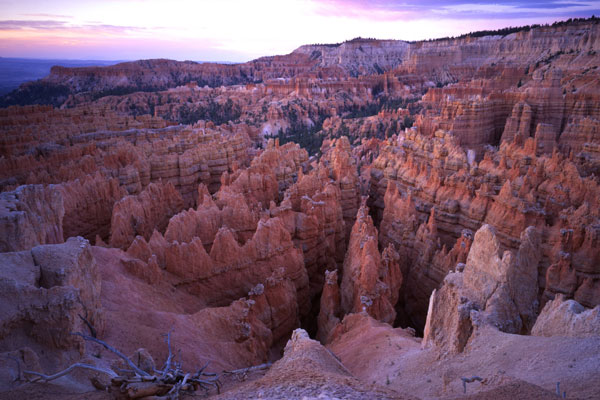 As the National Park Service celebrates its centenary, Laura French explores the wild landscapes of Nevada, Utah and Arizona.

A forest of cedar trees falls away, and we fly into a rainbow swirl of reds, pinks, oranges and purples. “Someone once asked me how long the Grand Canyon took to dig,” laughs our pilot. “Several billion years, I told him.”

I don’t blame him for asking. It is hard to believe nature could have carved out something as vivid and incomprehensibly vast as this: a 277-mile copper-coloured cavity that unfolds below us from the stomach-churning-yet-thrilling heights of a helicopter.

Marvelling at strokes of pink, sienna and green that fall down in tiers like a giant layer cake, at the bottom I glimpse the Colorado River – an emerald stream that winds its way through the whole thing, sparkling under the yellow glare of the sun. It might cost $284 for 45 minutes, but as a once-in-a-lifetime experience, the flight is definitely worth it. 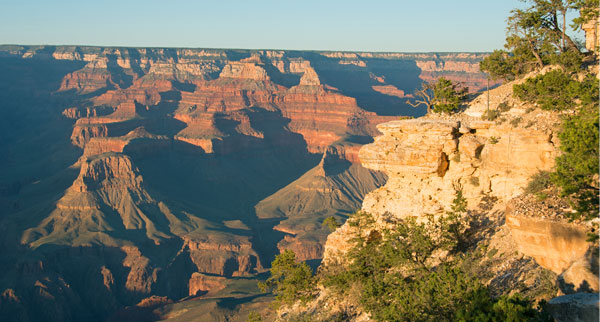 This breathtaking tour from Maverick Helicopters was an optional add-on to Grand American Adventures’ Canyons & Indian Lands tour, which took me from the neon lights of Las Vegas and its Strip to the national parks of Utah and Arizona, showcasing the work of the National Park Service as it celebrates its 100th anniversary this year and safeguards the landscapes for future generations.

At times those landscapes were so extraordinary, it was hard to believe they’re on Earth. Scarlet-red sandstone and orange, human-like hoodoo rocks were our companions along empty, abandoned roads, where our minibus – one of the upgraded fleet introduced by Grand American Adventures last year – felt like the only vehicle for miles.

The Grand Canyon was our final national park of the tour, and although the helicopter ride was the standout moment, there was plenty of other excitement, from an immersive film at the Imax (included with the tour, or $14 separately) to a Junior Ranger programme for kids and hiking trails for the active.

In fact, it was only by hiking down into the canyon via the Bright Angel Trail – suitable for a variety of fitness levels – that we were able to truly admire its layered sandstone formations, and to gain a sense of its colossal scale. 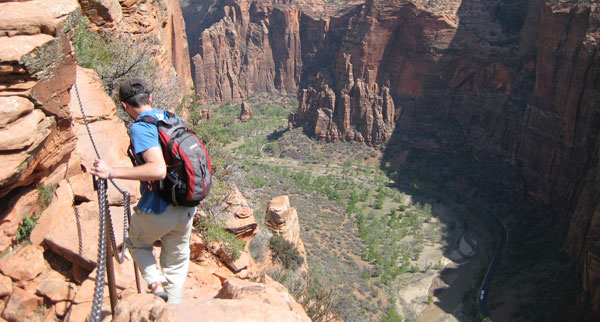 That was the end of the journey, but it was with the imposing cliffs of Zion that our tour began. Here, burnt umber and cream sandstone, swirled with specks of silver and grey, surrounded us at every point, creating a magical, harmonious landscape formed from years of erosion. The name, which translates as ‘promised land’, was given by Mormon settlers when they arrived in the 19th century, and it’s not hard to see what inspired them.

It’s a paradise for hiking enthusiasts and, spurred on by our guide and half the group, I braved one of the park’s most famous trails, Angels Landing, an adventurous climb up sienna-hued sandstone rocks, complete with stunning views, sheer drops and heart-pounding moments aplenty.

Zion offers several easier hiking trails, all of which visitors can get to via a shuttle bus through the park. Among them is Emerald Pools, a three-mile round trip that took us through a dream-like world of glistening waterfalls, lush trees and peaceful watering holes, creating a kaleidoscope of colours that my camera just couldn’t quite capture.

It wasn’t all about hiking, though, and the tour gave us the flexibility to do as much or as little as we liked. With more than 400 wildlife species living in the park – including Mexican spotted owls, grey foxes, mountain lions and California condors – it’s a haven for nature-lovers, and an intriguing human history means it also draws in culture-seeking travellers. Everyone from the archaic settlers of 6,000BC to modern-day Mormons have occupied its diverse landscapes, and the museum gives visitors a fascinating snapshot into its colourful past. 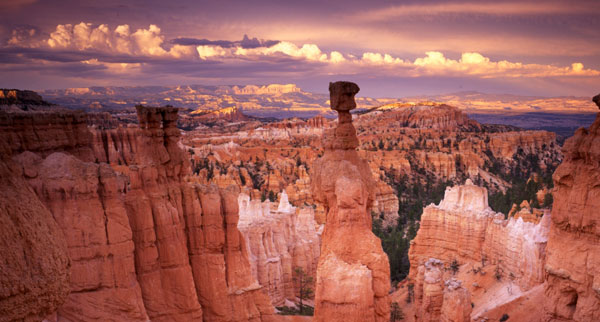 The next stop was Bryce Canyon, and as tall, pointed rocks in other-worldly shapes began popping up along the side of the road, I knew we were in for a treat. Nothing could have prepared me for the final view, though. Thousands of spiky orange hoodoos, formed by centuries of wind and rain, stood alongside one another like a sandstone army of soldiers, or the last remaining embers of some lost kingdom.

We explored the canyon on foot via a gentle, one to two-hour trail, but for those wanting to experience the landscape in a different way, Bryce offers horse rides ($65 for two hours/$90 for three). There’s also a full ranger programme including free geology and stargazing talks, which are all the more fascinating once visitors have seen the sky light up over the canyon at sunset, in fiery swathes of deep red. 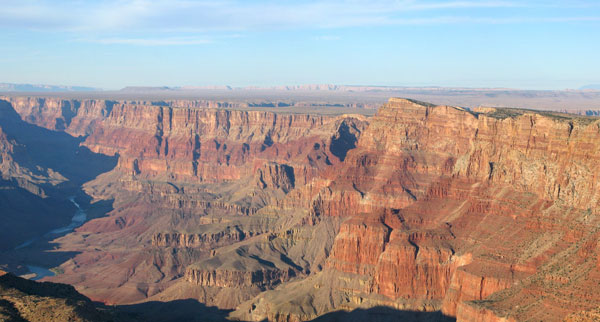 I was about to witness an even more impressive sunset the following day at Monument Valley, a 12,000-hectare site that’s home to the Navajo people, the largest tribe in the US. John Ford shot his westerns in this area – and the likes of Forrest Gump and Back to the Future Part III followed suit – and with its iconic rock formations and interminable stretches of empty, red-sand desert, it’s easy to see why.

As we drove around a section of the reservation along dusty, bumpy tracks, our Navajo guide told tales of sleeping dragons and dinosaurs being turned to stone, passing on the legends of his ancestors and providing a fascinating insight into the tribe’s culture. At other points, we discovered petroglyphs of animals, carved into the red sandstone walls, and brown, dome-shaped hogans – traditional Navajo dwellings, built from earth and still used today for ceremonies.

The two-hour tour came as part of the trip, but the most memorable part was the evening experience that followed (an optional extra for $30 a person). The dinner and dance performance in colourful Navajo feathers was accompanied by the formidable bangs of a beating drum echoing off into the distance.

It was only then that I really started to grasp that we were properly in the middle of nowhere – which we were, at 200 miles from nearest city Albuquerque – and as I looked up into a sky covered in shining diamonds, I felt moved by a rare sense of serenity. It was the perfect emblem for a trip that had shown me just how powerful nature can be. And if it’s possible to choose one highlight from the whole thing, I think that might just have been it.

US national parks are selling well this year, but if clients are concerned about going it alone, an escorted tour is a hassle-free way to get the best out of the parks. Not only are transport and activities taken care of, but it also helps to have a knowledgeable and enthusiastic guide to explain the history and geology that have shaped these areas.