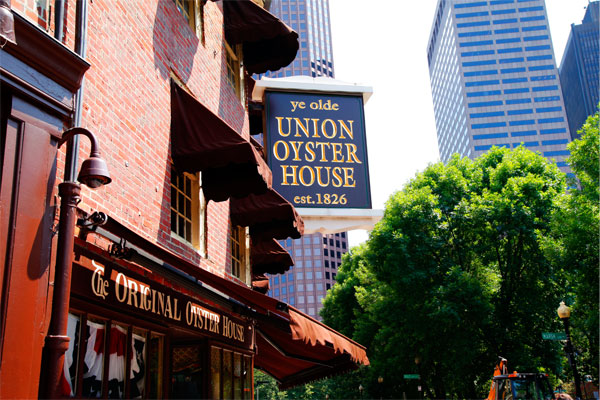 Spend a weekend in the home of the Red Sox and the Revolution, writes Tamara Hinson.

It was hardly surprising that my camera ran out of juice so soon after touching down in Boston. Within minutes of my initial exploration, I’d discovered the beautifully chequered stone exterior of the Trinity Church in the downtown area, and been dazzled by the mirrored John Hancock Tower, the tallest building in New England.

And just a few metres away, I’d stumbled upon the historic rows of brownstone houses, complete with perfectly polished stoops on the city’s Bay State Road, a tree-lined avenue which separates Boston’s skyscrapers from the Charles River.

In 1773, American colonists threw an entire shipment of tea into these waters, an event which culminated in the American Revolution. Today, it’s a beautiful, compact city ripe for exploration, and with the launch of Norwegian’s Gatwick-Boston route in March, there’s never been a better time to see it. 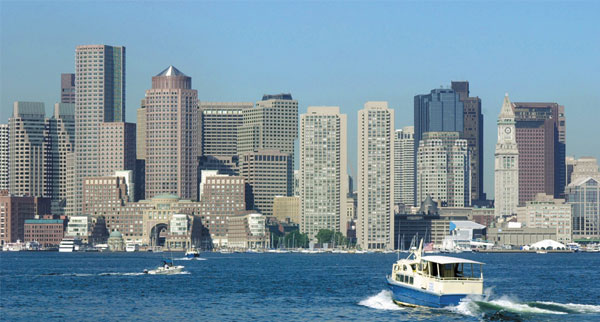 10.00: A wander around downtown is a great way to get your bearings. Boston’s tallest buildings can be found here, and they double as great reference points, no matter where you are in the city. Head to the Prudential Tower, which was the world’s tallest building outside New York when it was built in 1964, to check out the observatory on the 50th floor or the huge shopping centre on ground level.

12.00: Old and new stand shoulder to shoulder in this city, and it’s just a short walk to Copley Square’s Trinity Church, built in 1873 by the American architect Henry Hobson Richardson. This National Historic Landmark is regarded as the original example of what’s known as Richardsonian Romanesque style, characterised by rough stone, enormous arches and cylindrical towers. There are daily guided tours.

13.00: Head past the neat rows of brownstone houses towards the Charles River. Wander along the squirrel-filled Charles River Reservation – across the water you’ll be able to see the enormous pillars of Massachusetts Institute of Technology. Head back into the city centre via Beacon Hill, one of the most historic neighbourhoods. It borders Boston Common, a beautifully landscaped public park. Make sure you stop by Cheers Boston, the inspiration for the famous sitcom, and strike a pose at the replica bar alongside cardboard cut-outs of the most famous characters. Head to the gift shop to pick up pint glasses, baby-grows and golf balls (and much, much more), all emblazoned with the famous Cheers slogan.

15.00: Time to explore Beacon Hill. This beautiful neighbourhood is filled with quirky boutiques, fragrant bakeries and quaint coffee shops. In the early 18th century the area was used as a pasture for grazing cows, but its origin as one of the city’s chicest neighbourhoods was kick-started with the construction of the Massachusetts State House in 1798. One of the best activities here is exploring Boston’s Black Heritage Trail, which winds through the area – the self-guided tours take in 15 pre-Civil War sites, including the African Meeting House, the oldest surviving black church in the US.

19.00: Celebrate Boston’s colourful history by dining at America’s first restaurant, the Union Oyster House which opened in 1826 on Union Street. Inside it’s a maze of wooden cubby holes, and the walls heave with black and white images of the restaurant’s past, including a portrait of Rose Carey, a severe-looking woman who was the restaurant’s – and Boston’s – first waitress. Grab a seat at the oyster bar to watch the dexterous chefs shucking oysters or get settled in one of the cosy booths. On the menu? Every type of seafood, from clams and fish chowder to crab cakes and mixed seafood samplers. Just steer clear of the huge lobster tank if you don’t want to be struck down by pangs of guilt. 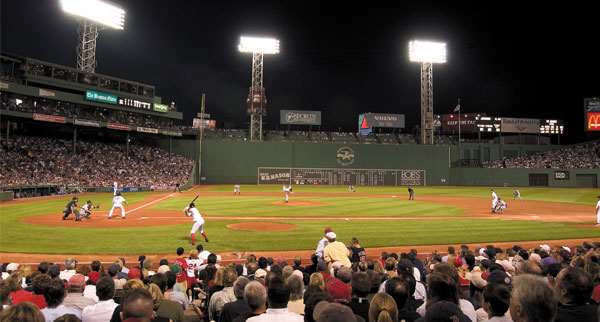 09.00: Boston’s got some fantastic shopping, but the biggest discounts can be found farther out, at Wrentham Village Premium Outlets. This linear shopping centre is one of the more organised outlet malls, and you’ll find everything from sportswear, eyewear and homeware to cosmetics and furniture, along with many restaurants. Head there during the week to avoid the crowds. It’s a 40-minute drive from Boston city centre; if you haven’t got a car, book one of the mall’s shopping transfer services.

12.00: Back to Boston. You don’t have to be a baseball fan to enjoy the fascinating tour of Fenway Park, home of the Boston Red Sox. The stadium, which was built in 1912, has hosted the World Series 10 times and has also been a venue for football (or should that be soccer?) matches: Liverpool played Roma here in 2012. During the fact-filled tours you’ll discover how the single red seat marks the longest home run hit at Fenway (apparently the seat’s occupant, who was asleep at the time, was hit on the head) and will learn the secrets behind the morse code‑like dots on the scoreboard.

14.30: The Freedom Trail is a two-and-a-half mile trail taking in 16 historically significant sites, including the Paul Revere House, which was built in 1680 and is the oldest structure in Boston, and the Old State House, which was at the centre of events that sparked the American Revolution. There are regular group tours, but explore the trail on a self-guided tour and the sites can be seen in any order. If it’s a nice day, aim to finish near the waterfront, where you’ll find the city’s most popular attractions, including the New England Aquarium, which has an enormous penguin enclosure and shark tank. There’s an impressive schedule of talks and workshops covering everything from sustainable seafood to invasive species. You’ll find plenty of opportunities to get up close and personal with the wildlife – there’s a children’s hands‑on area and daily live animal presentations.

16.00: Wander along the quayside to the Boston Tea Party Ships & Museum, a high-tech, interactive attraction giving an insight into the events surrounding the Boston Tea Party. Highlights include the opportunity to toss replica crates of tea into the harbour and the chance to admire one of only two known surviving tea chests from the Boston Tea Party. Be prepared for some audience participation – the enthusiastic guides remain in character throughout the tour and visitors are encouraged to heckle and jeer (usually whenever the English are mentioned).

18.00: Opt for an early dinner at bustling Faneuil Hall, which has been a marketplace since 1743. Today, you’ll find more than 100 restaurants and retail outlets, including many independent boutiques and stalls serving cuisine from all over the world. Order your food and chow down under the beautiful glass canopies. Grab a post-dinner drink at one of the area’s many bars or enjoy a tipple on the market hall’s steps – the perfect spot for some people-watching. There’s always something to see, thanks to a packed schedule of free events which includes everything from music festivals to pet parades.

XV Beacon Hotel: This stylish, 63-room boutique hotel, housed in a Beaux Arts building, is nestled in the chic neighbourhood of Beacon Hill and is perfectly located for exploring all sides of the city. Enormous beds and fireside armchairs makes this property feel like a home from home, while services such as a courtesy car and shoe shines make it ideal for business travellers.

There’s a small gym and a plant-covered rooftop – head here just before the sun sets for breathtaking views of the city. Breakfast is served at the hotel’s restaurant, Mooo. It’s a popular cocktail spot but it’s the food which takes centre stage, in particular seafood such as oysters, Osetra caviar and lobster bisque.

Rooms start from £296 a night.
xvbeacon.com