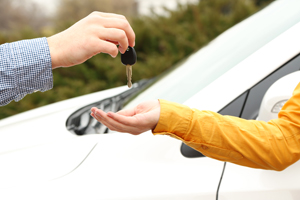 Holidaymakers hiring cars in Europe risk excess charges of almost £1,500 if they have an accident or the vehicle is stolen, new research shows.

More than half (55%) of motorists who rent cars fail to take out ‘no excess’ insurance and just 27% cover themselves against tyre, undercarriage and window damage.

Post Office Travel Money research into the excess charges levied by rental companies in the 10 countries where UK tourists are most likely to hire cars found that holiday accidents could cost those without excess waiver insurance between £586 in Cyprus and £1,489 in Switzerland.

Some of the other most popular countries also carry high excess charges.

Renting a car from Malaga airport in Spain and Faro airport in Portugal means drivers stand to pay £946 and £952 respectively.

By contrast, excess charges for rentals from Nice airport in France and from Corfu airport are among the lowest in the survey at £702 and £713.

Yet, the study found that the combined cost of EWI and tyre, undercarriage and window insurance charged by rental companies is only a small proportion of the potential excess charge payable for damage or loss.

While attractive ‘headline’ rates offered for a week’s car rental are tempting, the cost of adding ‘no excess’ insurance and a second driver virtually doubles the price in most countries, according to the report. For example, a basic £191 hire cost rises to £384 at Palma airport.

Larnaca airport in Cyprus offered the best rates at £376 but renting a car to collect at Faro airport would cost 55% extra at £583 when the cost of a week’s basic hire with two extras payable on arrival – excess waiver insurance and additional driver – and a 40 litre tank of unleaded petrol are included.

Spain, where 39% of holiday motorists hire cars, offers good value at around £384 for a week’s rental from Palma airport and £406 at Malaga airport.

However, costs rise to £512 at Berlin Airport and £559 at Geneva airport – the most expensive of the 10 countries surveyed.

Andrew Brown said: “It is understandable that many motorists opt for the cheapest rate because car rental can become expensive once Excess Waiver Insurance and other extras are added.

“But, the consequence of not paying for EWI insurance could be a much higher bill if you have an accident or if another driver hits your car and leaves without giving their details.”

He added: “Don’t leave it until you get to your destination to find out how much the hire car is really going to cost.

“Calculate the cost you will pay by doing some homework before leaving home to find out the realistic price of renting a car and holiday motoring.

“Remember that many extras have to be paid for in local currency when collecting the hire car.

“It will be better to change pounds into foreign currency before leaving the UK to cover this cost rather than incur charges for paying on plastic – especially as higher value currency transactions attract improved exchange rates in our branches or online and will save money in the long run.”